Do you enjoy dropping hard drives on the ground? Because, you know, apparently, I do.
I dropped this Seagate drive twice yesterday. And (this may surprise you) it died. 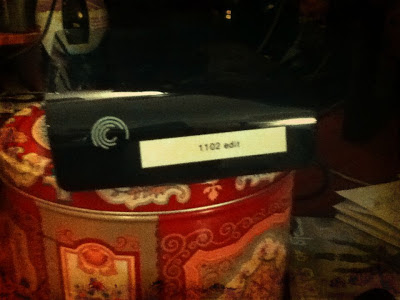 Astute listeners might ask, "Why — isn't that the primary edit drive for the dragon movie?"
Why yes. Yes it is. And it has all the data for editing the dragon movie. I'm so glad you noticed that.
It looks like I have all the data to reconstruct the drive, but re-rendering the AVCHD files into Quicktimes may take a few days. IDrive was backing up this drive and I did a restore last night. Now I have a new 3TB drive for the movie to sit on. 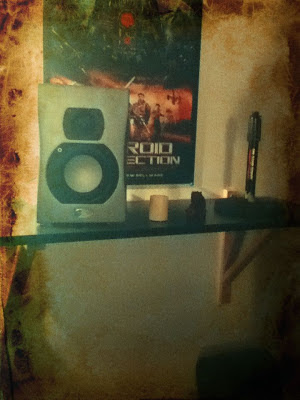 Not by coincidence I installed a new shelf in the studio.
So far IDrive is working out for us. This is the second time I've had a movie dump on me. It looks like the total reset will take 36 or so hours just because of the re-rendering but as far as I can tell no work was actually lost because the I snatched the Seagate's rattling last breaths on a PC and managed to move the Final Cut Pro project onto another drive. Otherwise I would have lost about 7 minutes of work I did on Sunday before repeatedly throwing the drive on the ground.
The shelf, which has a speaker, which has a cable, that wrapped around the drive, twice, is nice though.