Blood of the Naked Mutilators 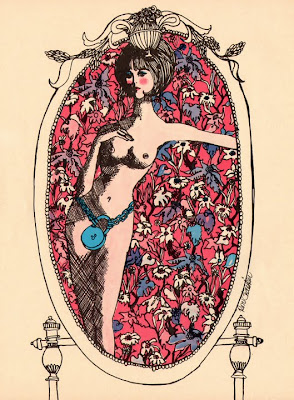 Little does Bill Martell know that he just named my next movie.

He goes on to say: "I’m sure I have mentioned Brain Damage Films before - I’ve talked to the guy who runs it in the past (seems like a nice guy) and they specialize in no-budget horror films people shoot in their back yards for PARANORMAL ACTIVITY budgets (around $10k-$15k)... and they are not only still in business, when a movie is made that cheap, it’s hard not to make money. A baby step higher is The Asylum, who make all of those really bad films you see on SyFy and those knockoffs you see on the Blockbuster shelves with titles like I AM OMEGA and SNAKES ON A TRAIN. These guys used to make films for $100k... with a name in the cast! Now their budgets are a little bit higher (not much) and they have a couple of names... but we are still well below half a million bucks. Again, hard not to make money off a film made for so little. But the problem is - the budgets are getting smaller and smaller and there’s not enough money in the budget to make a living writing something like that... or directing... or anything else."

Yeah, it's hard out there. And it's very hard to be only one thing: director, writer, etc. Strangely, we (Pandora Machine) may be somewhat insulated being at the very very bottom rung of the ladder. Let's hope!

Bill goes on to say: "With studios aiming at some Hasbro toy tentpole crap, and the indie world decimated, and the grindhouse world being $10K wonders and $200k mockbusters, where is the business going? I’m having trouble seeing the future."

Yep. Seeing the future. It's hard. And it's almost always surprising. What does that mean for us? Hopefully I'll know in two weeks.

Today was the first time I can recall experiencing the problem where a sound effect ran headlong into a music cue. It was almost funny -- yup, that sound bed is out of tune with the music. It's the sort of thing which horrifies film composers because they figure their music is going to get the axe. But I just replaced the spaceship sound bed so it wouldn't clash.
at 11/09/2009 07:50:00 PM

Clearly written by an audio guy. The music never ever gets pulled, always the effect. Why? Because the director had long conversations with the composer, has been editing to the temp track and probably cried when he went to the recording session with the orchestra, but he is hearing the effect for the very first time.