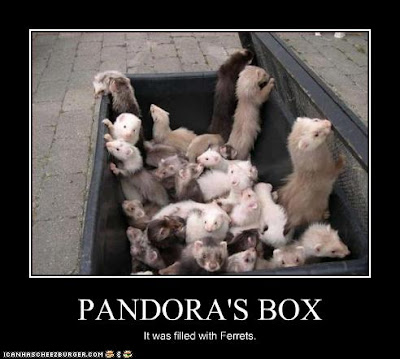 Now that the cat is out of the bag, that the Jewish people are an "invention", I guess I'll admit that yes, yes it's true. And I'm the one who invented them.

Sure, I'll admit they're not my best invention. For instance, I'm kind of proud of the Japanese. Oh, and the finger-lakes region of Upstate New York. But still, they're pretty good. At least they made more sense to me at the time than the Sri Lankans did. And don't get me started on Austro-Hungaria, I was drunk, OK?. But you like the whole "Jewish mother" thing? I thought that was pretty funny. They get a kick out of it too.

Anyway, I gotta go fix a thing with Brazil. I'll be right back.

As it turns out, these annoying people really are a fraud. It's pretty easy to identify frauds when they're shouting from street corners for you to give them money. I wonder if this article will help shut them up and shut them down.

Apparently the Congressional Accounting Office really does think that the Senate health insurance plan will reduce the deficit over the long term.
at 11/25/2009 09:54:00 AM