Today was our final day of photography on Earthkiller. That is, the final day of photography which was in addition to principal photography. And no, that doesn't mean I can absolutely guarantee we won't be shooting a little something here and there before we lock picture. But I'm fairly sure we won't be shooting anything other than someone's hand coming into frame.
In any case, we had to shoot the only exteriors in the movie. So we went to the Gobi Desert Robert Moses State Park on Fire Island, NY.
Could we have shot this on Coney Island? Probably. But we didn't. But, as it turns out, supposedly you need permits to go on the beach. We... uh... didn't get them. We probably spent about 20 minutes shooting. You know, we started shooting this picture on the what? 17th of July. And now it's the 19th of November. That means we've been shooting for nigh on 5 months. But it's OK because we got the trailer out to potential buyers and we'll have the picture complete for Cannes.
The Queen of Mars and I played desert Freemen, finding the body of Helen (Robin Kurtz) in the Philadelphia Desert. 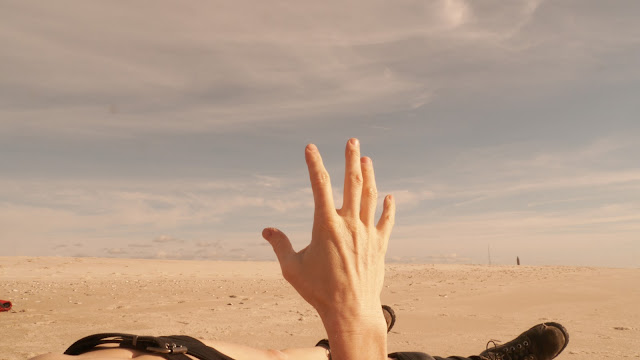 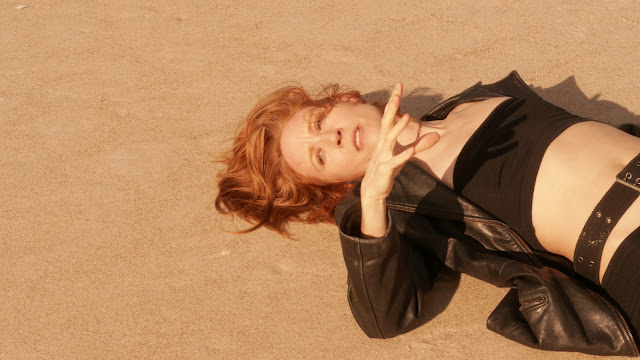 i'm really sorry that i couldn't be there today - i was shooting a warehouse interior at 6am this morning and am posting this from a doctor's deposition that i'm shooting now. sigh. hopefully, one of you remembered to pick up a souvenir for me.

can the combat model be easily converted to a pleasure model? not that i would want to, mind you. i was just wondering, that's all... DON'T JUDGE ME!!!

The pleasure models all have a disturbing tendency to go berserk and kill their clients. So uh... no, we don't do the conversions anymore. Liability issues. You understand.