Mouseverture
Lyrics: Lou thinks this should be all instrumental, with a soaring guitar part where the vocals should go. I'm thinking of going 30/30/30 with Hammond solo, guitar solo, and vocals
Notes: we're going to shorten the monsterous song by 8 bars here, 8 bars there, to make it nice and tight. It'll still clock in at over 10 minutes. But probably less than 20. Unless my guitar solo rules so much that we simply MUST have the song be longer.

Jabberwocky
Ethan has selected a take (which needs to be cleaned up).
Vocals: I want to triple-check my pronunciation of the lyrics because it would be really embarrassing to screw that up.
Solo: We're going to make that a B4 solo. Arie's gonna be all up in that.

Thing in A (Ice Maiden)
There's only one take, so we know which take we'll use.
Vocals: apparently there is a growing consensus that the vocals should be more "rock". Actually, I'll need further notes on that because I don't really understand how to make the verse melody more rockin' seeing as it's kind of soft instrumentally. Perhaps I should ask WWLZD (What Would Led Zeppelin Do)? Although there's simply no way I can sing like Robert Plant. So yeah, I'm going to do another mix of that tune with the direction the vocals are going in now and expect to get some notes back (or better: specific suggestions.)
Solo: keyboards or guitar? I feel electric piano but I'm open to other notions.

Arabesque
There's only one take.
There will be no vocals.
This song is the closest to "finished" so far.
It needs a dancer with a fan.

New Thing (Mercury)
We did only one take of this.
Vocals: I'm going to have to ask for advice on this. Right now I'm just singing "Oh Mercury" in the chorus. If anyone has any better ideas, I'd love to hear them.
Solo: the loudest rock guitar solo you have ever heard. Slow and lugubrious analog delay with soaring notes which will reduce you to tears. I assure you. I will have a follow spot on me as I play it live. You will be fooled into thinking I can play guitar because I will play very few notes but they will each sound really really loud.

One Last Drink
Thing in E
Ethan has very specific notes on which takes to use. Basically the take from our first session with the last take of One Last Drink from the second session cut together with the second-to-last take from the second session of One Last Drink will make the bulk of this song. That's a tad tricky because the two sessions had different track assignments so we'll see how that works out. It might be cool.
I have a fantasy, however, that the Thing in E might get edited into One Last Drink, you know -- just to make it more complicated. That's because the "B" section which Lou came up with in the Thing in E is essentially similar to the "C" section of One Last Drink (although in a different key). So it might cut together. Or it might be a big mess.

I feel a Hammond solo is what's needed in One Last Drink (and indeed, that was what we had on the Prague Spring version of the song.)
The issue with the Thing in E is that it otherwise sounds like a  beer commercial. It's the only thing which doesn't really sound like a Tyrannosaurus Mouse song to me.
It's possible we may simply drop the Thing in E from the album. But again, I'm open to suggestions. 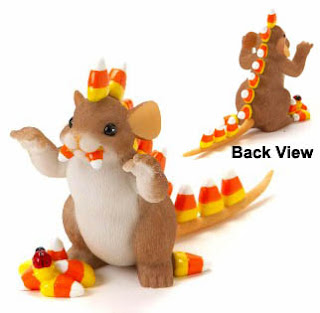