There is simply no reason for you to read this blog post. This is exactly the kind of blog post people talk about when they talk about how dumb the Internet is. This is just me making notes while my computer is rendering.
+++
I had a girlfriend once who was adamantly vegan 'till she had health problems. She was nuts*, but not stupid, she tried everything to avoid having to eat meat. But she just couldn't do it and caved in eventually.

Here's a blog about a vegan who found she needed to eat meat. Interestingly, she says that for health reasons she needs meat every day.
I likely have the opposite issue. I should probably eat much less meat. Like maybe "weekends only" or some such thing. I do occasionally go on meat-free days and such, not even so much because I'm deliberately trying, but it just happens that some oatmeal in the morning and some cold sesame noodles (along with Sky's damned hunger-inducing blog tempting me toward hummus) makes me avoid meat. 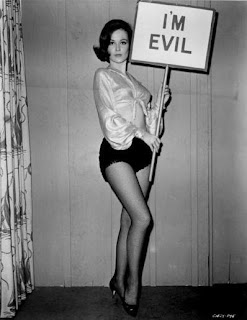 I'm not ideologically opposed to omnivorism or vegetarianism. It would be nice if factory farms were nicer to the animals who get killed to fill our gullets though. Even the chickens which provide eggs**.

Of course, there's a huge difference between being vegan and vegetarian. If you add eggs and cheese, your diet is vastly different than if you avoid all "animal products" altogether. And there's no way I'd ever swear off goat cheese. The only vegans I've known who were able to resist goat cheese are the ones who never liked cheese to start with.
+++
*Everyone but everyone has ex's who were crazy, so this isn't news to anyone.
**Fun fact, my dad (who was born in 1926) grew up on what we would essentially call an "organic free range farm" nowadays. It was organic because... well... there was no choice. The chickens were free range in that you had to go looking for where they laid their eggs, whether there was some place in the barn some hen preferred or near some fence somewhere. I believe the couple cows they had mostly wandered around the field until being brought in at night. And of course the cows had to be milked every day.
at 11/22/2010 05:45:00 PM