Our Valued Customers amuses me. Just single-panel comics about the people who come into a Boston-area comic book store.
Sarah Palin is actually stupider than you think. No, I know you think she's pretty dumb already. But she's actually more stupid than that.
Glowbar is a wrecking bar/crowbar which... well... it glows. The question is, if we gave one to David Ian Lee, how long would it be until he broke it? ;-) 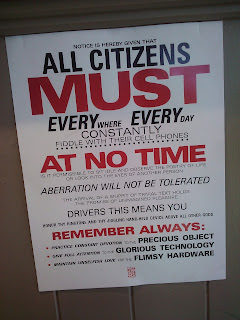