There Be Spoilers Here

Spoilers about Warhammer books and about Cherie Priest's Dreadnought and Boneshaker.
+++++

So I've been reading these Warhammer 40K books. And so far the ideas have been awesome but the writing has been... terrible.
I mean, how could you mess up a story about a Demon Hunter, a sexy Imperial Assassin, a space-Dwarf, and an interstellar Navigator who has a third eye in the middle of his forehead with which he can see the Warp in space through which he's piloting? Those characters sound really cool. But oof.

So then I started reading Cherie Priest's Dreadnought and I was almost in tears about how well it's written. And heck, it even has a lot of the same stuff in it -- giant walking battle-'bots, zombies (well, I guess there are no zombies in the Warhammer universe but you get the idea.) 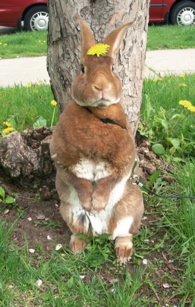 Dreadnought is an alternate history where the Civil War lasts 20 years and both sides develop all kinds of very cyberpunk technology. Texas remains an independent Republic. Most of the Confederate States free their slaves (with the exception of Alabama and Mississippi of course.) And the men at the front start using a mysterious drug which eventually turns them into flesh-eating zombies.
But that's not the cool part. The cool part is that right at the beginning the heroine meets Clara Barton. That's awesome.
Now here's a thing about alternate histories and period novels: we're following a particularly independent white woman who's a Southerner (and whose husband fought in a Union uniform and died in Andersonville, the cultural weight of that is not fully explained in the book but if you know some Civil War history it's kind of like saying he was at the Confederate version of Dachau or some such.) And in the book we follow this woman who isn't terribly prejudiced, indeed has sympathies for the North and the South considering her working in a Confederate hospital and having a Union husband. She is working - class. But, y'know, for accuracy the narrator describes different characters as "mulatto", "colored", "chinamen", and even suggests that the heroine thought for a minute the words "house-nigger" to describe a former slave who was a cook.
And boy, those words sure have a lot of cultural weight to them, don't they?
Now, the lead character herself -- she doesn't ascribe to the racist tendencies of many of the other characters (there's a bit of anti-Catholicism in there too. I don't think anyone even mentions the Jews.) And the "narrator" (who is 3rd person) clearly writes from a modern perspective, doesn't use the term "colored" derisively -- indeed the heroine meets people of a wide range of complexions and typically sees the color of their skin as a part of their description literally rather than "racially". Skin is lighter or darker than her own.
And there is a very interesting pair of moments when, as a working - class woman (a nurse) she at first feels "outclassed" by a mulatto woman who is wealthy, and then by a very snobbish (and presumably wealthy) white northern woman.
So one has little doubt about the politics of the author, and indeed the protagonist is shown in a better light simply because of her refusal to buy into the racial politics of the time. Still... there are those words. "Colored" being the most popular.
I thought to myself: OK, so what if you brought a mid-19th-Century African American to 2010 America? First of all you be all like "Hey, we don't say "colored" anymore, we call them "black". To which he'd respond "There is no need to be so rude, sir. I am a "colored" man. A negro. And I am proud of my heritage."
Then you'd have to be all like "No, dude, in the late 1960's, "colored" people took up the word "black" to describe themselves in defiance of the white/colored nomenclature. It's all because of this guy Malcom X you see..."
"If you're going to talk to me, I insist you use a respectful term."
"No, dude, really -- like the President of the United States is black. He wouldn't call himself "colored". It's archaic and considered rude."
"Well when I was your age, a respectful person would never refer to me as "black". "Colored" is the word."
"Oh man, please don't make me teach you how a computer works."
Just then a guy walking up Atlantic Avenue in Brooklyn accosts your time-travelling African American, thinking he knows him, with a "Yo niggah! Whassup!"
You just turn away in shame and walk away...
But getting back to my point (maybe I should have another drink first) using "colored", even when historically accurate, just... rubs me the wrong way. I'm not saying it's wrong. And I'm not saying that Cherie Priest wasn't doing the right thing. It just makes me gnash my teeth (metaphorically) for a moment.
And I don't really know what more to think about that.
So here's a bunny with a flower... disapproving...
at 11/23/2010 11:29:00 PM