I just finished the 750-odd page Warhammer trilogy The Inquisition War. Oof. It was hard going. Lots of issues with a trilogy of what would otherwise been a fun jaunt with some neat characters. A demon hunter, a dwarf, an Imperial Assassin, and a Space Marine on some adventures. That might have been cool. But... but... well here's a review so I don't have to. Also, the word "grimdark" amuses me to no end.
I "read" part of the book on a road trip where I'd convinced my companion to read the book aloud. She refused, citing the inherent unreadability and overwrought descriptions in every damn sentence of the massive 8-point-type tome. I said "Just read until the homoerotic part." 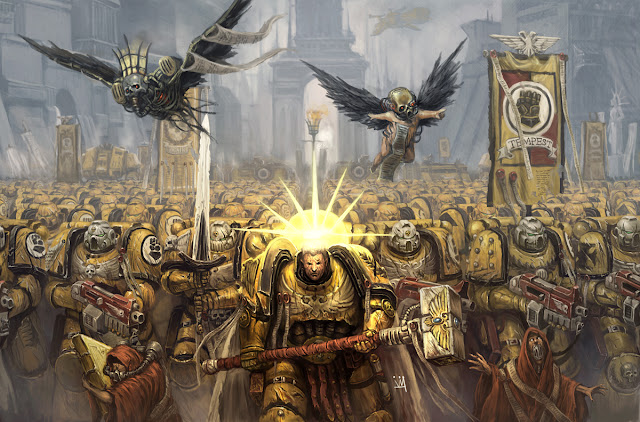 She stopped on "he kissed his brother" two pages later...
One strange thing is that there are things in the books which are not "canonical" to the Warhammer 40,000 universe. For instance, they've apparently removed the whole race of dwarfs (they call them "squats"). So they made an edition of the books where they replaced that character (who is the most interesting character). But this reprint is the "heretical" text where there are dwarfs in the Warhammer 40K universe.
But I swear if I see the word "lurid" one more time I'm a-gonna choke someone.
at 11/17/2010 11:17:00 AM