So I ran into one of those things where you're at page 71 and the story comes to a dead halt. And that's because you're going into act 3 and you realize you have a big problem. And inevitably that problem is an act 1 problem. 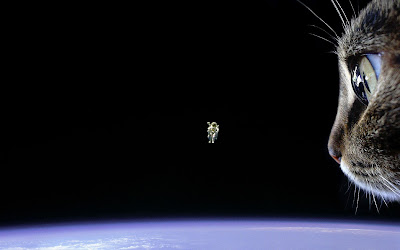 So one thing is clear: Earthwar is about a normal dude who has cool servo-powered armor, and his relationship with a future-techno-witch.
I'm just going to eliminate the android altogether (I know, what am I saying, right?)
And then the nemesis can be the cyborg on tank-treads dude. Because who doesn't want to see that? (And because Joe wants to build it.)
And now there's a bigger battle, which includes the cyborg nemesis, before our hero gets to Philadelphia and finds out the truth.
So that's all worked out. I'm kind of thinking at this point that Morgan has a shuttle which they fly around in until it gets destroyed by Raut, but then they pick up a bi-ped mech which they use to do the Final Battle with.
Aren't you glad you're here for this conversation in my head?
at 11/09/2010 08:53:00 PM