You gotta wonder if AMC's The Walking Dead was green lit based on any calculations about overseas sales, or if they figured they could just make their money in the US. I bet the latter.

They did a good job with the "man wakes up in a hospital after the zombie holocaust" without making it too much 28 Days Later. 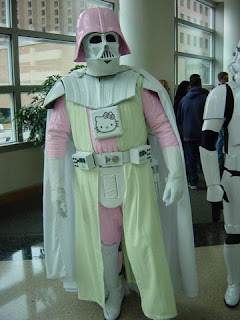 I feel our Sheriff maybe did protest too much once he got to his home. I think he'd still be in fear and shock at that point. I know I was when that happened to me during the last zombie holocaust.
at 11/12/2010 09:38:00 AM