No Paws on the Table 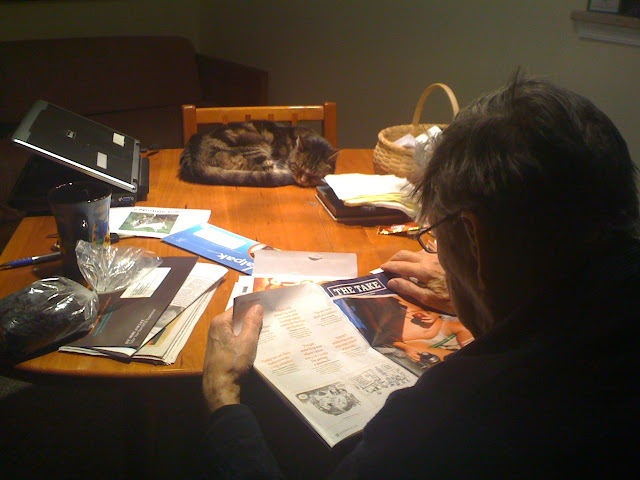 As my sister (who took these pictures of Pushkin and my dad) pointed out, there is an explicit "No paws on the kitchen table" rule at my parents' apartment which is routinely ignored by the 12 feet of cats which routinely roam the abode. 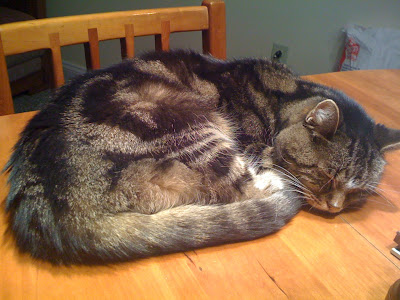 Pushkin has a Papal dispensation, however, allowing him to do whatever he likes without even the stern "talking to" the other cats might get.
And, I suppose, arguably there are no paws on the table. Tail, absolutely, chin, rump, flank... but paws might be safely tucked away.
Last night Pushkin fell asleep on my lap. Which as a normal adult cat he'd never done. Sitting on lap for pettings was more his style. But he's getting old and sleeps a lot more now.
at 12/16/2010 04:48:00 AM