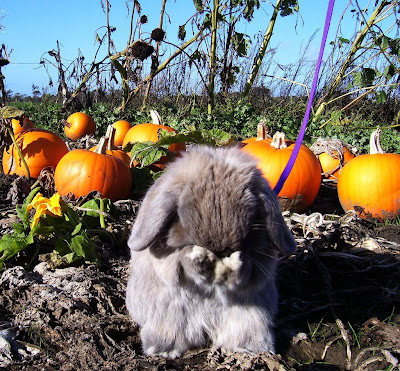 Here's a boring post for you. So I included a bunny. But I need this list to keep referring to.

We have a fairly hearty set of deliverables for our North American distribution on Alien Uprising. They include a bunch of things, but I'm selecting out the ones which are going to be the biggest deal for use to create. We have to deliver all these things, along with the movie itself, in about 30 days.

A legible .pdf of each document, in addition to providing originals where required:

2. Cast and Crew Agreements – for each person listed in the billing block or main titles (as well as any type of producer, director, writer, editor, music supervisor, casting director, choreographer, production designer, costume designer, creature or effects designer or creator, composer, or director of photography, whether credited in the main titles or billing block or not). Agreements must contain provisions for: work for hire, assignment of rights, right to use name and likeness in publicity, and waiver of injunctive relief/right of termination.


3. DIALOGUE, MUSIC AND EFFECTS: One (1) DA88 or AIFF file six track master of the soundtrack of the Film containing separate stereo dialogue, stereo music and stereo effects tracks. If six track is not available, then one DA88 or AIFF file three track master soundtrack of the Film containing separate mono dialogue, mono music and mono effects tracks. In addition to the foregoing, the Pro Tools session stems shall be provided on a DVD-R.

7. STILLS PHYSICAL DELIVERY of either a CD containing at least 150 digital color photos (of acceptable quality/resolution), or negatives and sample positive prints, of a sufficient number of still photographs of scenes and characters in the Film suitable for use in the preparation of advertising, exploitation and publicity material for the Film, cleared for unrestricted use by Distributor.

a) Literary Materials. ACCESS to copies of the story, screenplay and final shooting script of the FILM, and other literary material relating to the FILM, including, without limitation, all preliminary drafts, treatments and continuities.


All textless titles, foreign titles, or textless sections should be recorded 2 minutes after end of program on part 2 of the D-1 or digibeta masters. The time code on the textless section should match that of the texted D-1 or digibeta source. Slate should indicate if textless materials are present.All films rated by the MPAA should have rating tags at the end of the program (NTSC only). A written 100% quality control report from the video facility approved by Distributor must be prepared for each video master described above.

d) Synopsis: A brief synopsis in the English language of the story of the Film (one typewritten page in length).

h) Contracts. As requested by Distributor, from time to time, PHYSICAL DELIVERY of duplicate originals or legible copies of all agreements, licenses, waivers or other documents

j) Dialogue/Continuity PHYSICAL DELIVERY of two copies of a combined dialogue, continuity and spotting list of the theatrical version of the Film, including description of action of the Film as finally edited for release conforming to the format of release scripts used by Distributor from which such scripts may be printed. The screen footage of each reel in feet and frames shall be indicated at the end of each reel with total screen footage by reels on the front sheet. PHYSICAL DELIVERY of a continuity list of the television version, when available, of the Film including spotting for subtitles, when applicable.

n) Final Main and End Credits. PHYSICAL DELIVERY of one (1) typewritten copy of the final main and end titles of the FILM as they appear on the original negative.

p) Aspect Ratio. PHYSICAL DELIVERY of a statement as to the aspect ratio and film stock of the Film.

I can't believe they still want a 4x3 master for a widescreen project. Madness.

You don't have to do a PAL conversion?

I can kinda understand that from their point of view if they get a buyer who insists on 1.33:1, they don't want to be caught with their pants down and not to be able to deliver one. I'm thinking maybe some UHF station in Mexico or something like that. At this rate a peso will be worth like 30 bucks in a year so I don't wanna miss out on it! ;-)

This is just for North America so there's no PAL requirement.

That being said, this is the same distributor as the rest of the world so we will be delivering PAL elements at about the same time.