You Shall Know the Truth in Hell 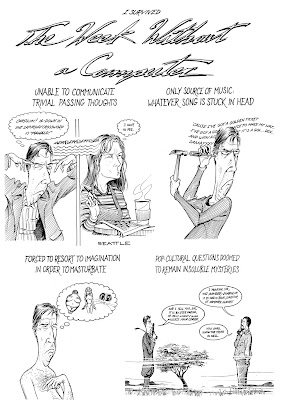 As it turns out, he will know the truth in Hell. It's Mario Bava.

Alien Uprising goes to the lab tomorrow for output to DigiBeta.

As per Chance Shirley, although I've rendered out some 29.97 files for output, I've found it'll only take a couple hours to render the same pan-and-scan that I built (with Tom Rowen's help)* at 23.98. The lab says that coming out of their Kona card it will look a bit better but few people will notice.

I'm sure they'll notice how fuzzy my image is (in standard def, blown up like that) first.

Finding out the difference between DVCPro and DVCPro50 was a pain. But I found out. And it's a big difference. We want DVCPro50.

You shall know the truth in Hell.

The Year Without Summer.