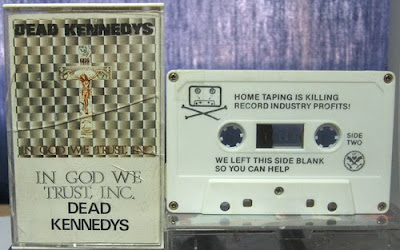 When I first heard about the holiday of Kwanzaa I thought "Who made that up, a Communist?" And yep, that's exactly right.

Now, I wouldn't be so irked if it were made up by a "communist". But a "Communist"? That's a different story. Specifically the "principle" of Kwanzaa which raised what we might call "red flags" to me is the -- well let me quote Wikipedia on the issue:

Imani (Faith) To believe with all our heart in our people, our parents, our teachers, our leaders and the righteousness and victory of our struggle.

We're supposed to unquestioningly obey our leaders like sheep? Hey, that's cool with Pol Pot and Ceausescu. Wait a minute, aren't the leaders the ones who got us into this mess in the first place? Isn't the unquestioning "belief" in leaders exactly what Malcolm X's problem with Elijah Mohammad was?

Whether our leader is George W. Bush or Gustav Stalin, I don't see any reason to "believe with all our heart" in them. Heck, I don't even "believe with all my heart" in Barack Obama. I think he does a good job at a variety of things. But when the facts change, I change my mind.*

Now, to a Communist, the problem with me is that (in their eyes) I'm an anarchist. Which may be technically accurate but isn't terribly descriptive other than that I am inherently distrustful of hierarchical power structures. And they love power structures. So of course one would insert the State, as a principle in Kwanzaa. Why don't they just use a big sign which says OBEY?

Me? I ain't buyin' it. Heck, Catholicism isn't as hierarchical.

Now there's another problem -- the whole "unity" thing.
This is more complicated than I understand but essentially it seems to be a justification for murdering members of the Black Panthers which, uh, Ron Karenga may very well have done. But that's a subject for another day.