Scalzi's got it again 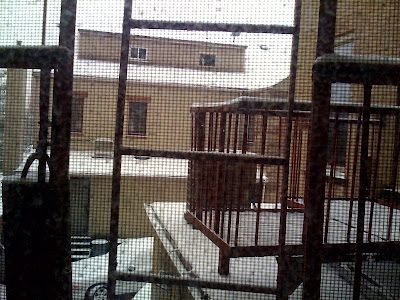 In this article he demonstrates how fantasyland the America "left" is.

Furthermore, doesn't anyone remember that this is exactly what happened to Bill Clinton? And then the "Millionaires for Bush and Gore" in 2000 and that dipshit Ralph Nader got George Bush "elected" president.

And then the left remembered "Oh, right, when we were saying there was no difference between the Democratic and Republican parties we were completely full of shit." But now they'll do it again.

Yes, the fact is that the US is, as compared to many other countries, a "center-right" country. And Obama is, in the history of the US, essentially a Republican President*. And the Republican party is now the gung-ho brain-free know-nothing whack-job party. So get over it. Heck, Bernie Sanders is "center right" if you're talking about, say, French politics. But that's not what matters. What matters it that you agree with him on virtually every policy issue. And Obama too.

I don't know what actual thing Obama should be doing differently than he is. I got no idea. The dude is a very good politician and is very good at managing. Better than you. How do I know this? Because he's better than me.

Oh, and my sister took me for a walk the day after Christmas. Here is her dog, fashionably dressed for hunting season. Her name (not my sister, the dog) is Chien. That's right. The dog. Is named. "Dog."

*Well, not really. The Republicans have historically been vehemently against health-care reform (like Ronald Regan decrying Medicare as "socialism") until such legislation passes, when they claim to be the only ones defending it. But I would argue that Nixon ironically ran on a somewhat comprehensive health-care platform. And, of course, the Republicans dumped their progressive anti-racist stance with Goldwater. But remember, I live in the Northeast where the Republicans used to not be such major assholes, and even if I disagree with former New Jersey Governor's Christie Whitman's tax and needle-exchange policies, I'll note that she's essentially been thrown out of the GOP for not being a crazy right-wing lunatic. 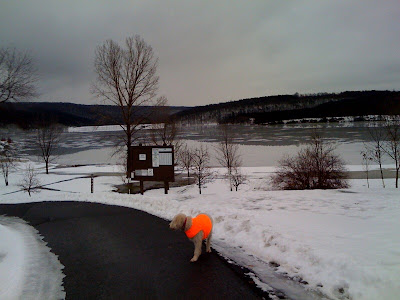