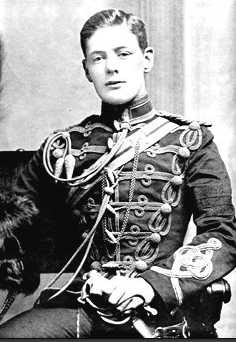 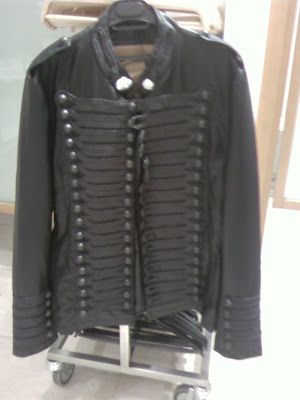 So obviously, as the lead guitarist of Tyrannosaurus Mouse, I need a groovy and psychedelic band jacket. I think I've made this point before.

The jacket on the right was found in the fair city of New York. It's a kind of fake-leather (I think) and very reasonably priced at a couple hundred bucks.

The picture on the left is Winston Churchill! Now, I figure without all those extra stringy-bits that might make a fine band jacket. Anyone have any idea what service or rank that jacket represents? I'm thinking I want a nice dark blue rather than British red because the blue looks better on me. What I really need are paisleys on the dark blue...
at 12/15/2009 12:12:00 PM