This Week at the Source 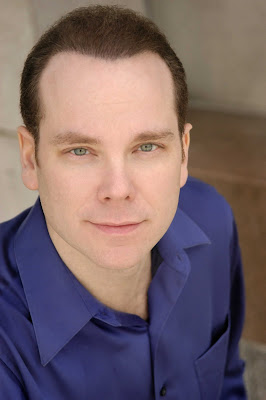 The brilliant Sharon Fogarty has two shows this week at Manhattan Theatre Source.

The dashing and handsome Jason Grossman performs the Fogarty directed It's a Wonderful (One-Man Show) Life. That's right, the one-man show version of Capra's It's a Wonderful Life. And it's exactly as much fun as it sounds. The show has been playing as a perennial at Theatresource for some years now but as I'd only seen the movie It's a Wonderful Life for the first time last year I, er, never got it. Now I do.

The other Fogarty show is Sharon's "anti-musical" Witch Christmas, which returns this year. A work of genious in miniature, the not-really-safe-for-work musical includes gassy witches, adorable children, and a theme song which I've been humming in the shower all year.

These works harken back to the day (which was only last year) when we performed new works as a mission at Theatresource. Those times are, unfortunately, over. Theatresource is artistically dead, it's essentially a road-house for other companies to rent. And sometimes that works out.

This is, apparently, the way the Board of Directors at Theatresource wants it. Ever since the financial "emergency" earlier this year there has been a blackout of communications from the Board and there's no real way of knowing who makes decisions. It's sort of like Myanmar that way. I'm not even exactly sure who's on the board anymore as the members have never been officially announced (and they aren't all listed on the website.) But I'm there every day and the only time I see any of them (that I know about) is on the day they hold their secret board meetings (which I typically find out about a few hours beforehand.) OK, so it really is Burma.

Which is too bad, really. The theater is in a sorry state artistically. We still have no bookings in March, and only a scattering in February. The other day I was joking with a friend that we should put a sign up that says "Under No Management."

Apparently we're doing another InGenius festival. Of course, nobody knows how the decisions are made as far as what plays are performed as part of InGenious. Heck, I can't even link to InGenius (which at one time the Queen of Mars wanted to name EvilGenius but she unfortunately did not prevail.) Originally InGenius was the brainchild of Jim Lawson's* vision of Theatresource's "creating new works" but now -- who knows?

As a joke, there seems to be this Source Forum for "volunteers". Really it's a forum where spammers spam one another with low prices on DVD box sets. I don't even think I knew this existed. I doubt many others do either.