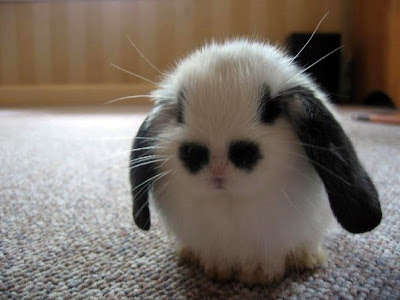 If the statistics are right, the Jews constitute but one per cent. of the human race. It suggests a nebulous dim puff of star-dust lost in the blaze of the Milky Way. Properly the Jew ought hardly to be heard of; but he is heard of, has always been heard of. He is as prominent on the planet as any other people, and his commercial importance is extravagantly out of proportion to the smallness of his bulk. His contributions to the world's list of great names in literature, science, art, music, finance, medicine, and abstruse learning are also away out of proportion to the weakness of his numbers.

He has made a marvellous fight in this world, in all the ages; and has done it with his hands tied behind him. He could be vain of himself, and be excused for it. The Egyptian, the Babylonian, and the Persian rose, filled the planet with sound and splendor, then faded to dream-stuff and passed away; the Greek and the Roman followed, and made a vast noise, and they are gone; other peoples have sprung up and held their torch high for a time, but it burned out, and they sit in twilight now, or have vanished.

The Jew saw them all, beat them all, and is now what he always was, exhibiting no decadence, no infirmities of age, no weakening of his parts, no slowing of his energies, no dulling of his alert and aggressive mind. All things are mortal but the Jew; all other forces pass, but he remains. What is the secret of his immortality?

There's more to it -- the link above takes you to the entire article including the suggestion that Jews take up residence in some place called Palestine and become the dominant political force there, quite a queer notion I'm sure. And being written thirty-some odd years before the Holocaust, speaks of Vienna in a manner which to the modern eye and ear is naive. But but but. There's a point here that is: why are Jews so critically important to the Western world? Philosophy, the arts, literature, the sciences and yes, even commerce -- why are Jews so heavily represented out of proportion to their numbers?

There might be some actual answers, not a bunch of malarky foisted by axe-grinding partisans, but real notions of what is going on here. And yes, I may be drunk on Christmas night, but I shall attempt to elucidate a pair of them thusly:

1. Jewish faith virtually requires literacy (I know I know, it didn't always but it does now and yeah, that doesn't really apply to women in Judaism but the women in Judaism tend to actually control the practice of the religion in the family and yeah yeah yeah but that's not the point so get over it.)

2. The maintenance of the disapora creates a special "outsider looking in" at culture which in turn creates better culture. In other words, the Jews having a Jewish identity among Christians (I'll say "Christians" because in the West, for all practical purposes, we're talking about Christians) gives them a lens on the culture that they're in which gives a perspective advantage when it's time to create new art, literature, science, what-have-you. Think Thornstein Veblin. But you know, with millions of Jews.

Wait. I'm drunk. And suddenly I don't care about this thesis at all. The Jews and the Gays. You want a dynamic and rich culture? You gotta have both. Get on it.

um... what the hell is that thing in the picture? dumbo the kitten, progeny of a tribble/feline encounter? devil bunny?

Otherwise. Yeah, I don't know. Since we all know rabbits don't wear glasses maybe this is the only rabbit the other bunnies call "four-eyes".