We Need a Giant Robot Movie 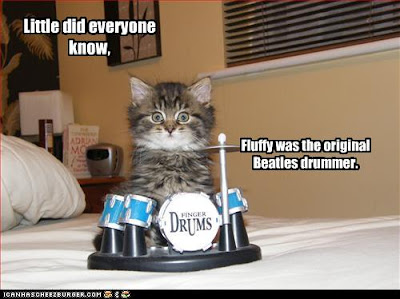 -- really our sales rep would like a "2012"-type disaster movie. That's what buyers are looking for. I tried to convince him we'd do a post-apocalypse giant robot picture.

The economics of the whole thing are that the buyers see what works for the big studios and that's what they figure they can sell to their buyers. That makes sense.

But we know that although there's a limited sci-fi audience, it is there. The trick is to sell to them. Preferably, directly.

Unfortunately nobody knows how to do that and actually make money. It would be fun if we could put a movie on the interwebs and somehow mysteriously make cash from it.
*************
Oh look, more complaining that writers are underpaid. This, to me, is like the crazy lady who lives in my building who was complaining about the landlord and how his "rents are too high." I'm thinking "why don't you just move out if the rents are too high?" I mean, you can be a communist but still, there is a market. (And of course, the rent in my building is arguably the least expensive in the New York City area. I pay $893/month for a one-bedroom 15 minutes from my studio in Greenwich Village. Yes, I'm sure you've heard of somewhere cheaper, but I'm not getting into NYC apartment price one-upmanship here.)

But for some odd reason writers in particular seem to believe that the world owes them a living. And as a producer I say that we're overpaying them at two dollars a day and a kick in the pants! I mean jeez lou-eeze I'm throwing in the kick in the pants at no extra charge!

You know who's underpaid? Boom operators. Now that job is a bitch. And don't get me started about 2nd electrics. "Boy -- carry this ballast down the hill. Now go and fetch the seven others. OK, now bring them back up the hill. And wrap that cable!" Do that gig for a couple days and see if you aren't begging to write.
at 12/02/2009 08:33:00 PM