Hammer Party in the Sinuses 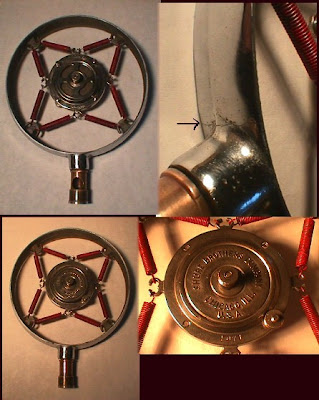 Man, I'm getting hammered with allergies this year. If I were in a videogame my health would be at -1. I need to find one of those potions to get my health points up. Maybe a bubble tea...
*****
From the Hollywood Juicer, Fox president Kevin Reilly talks about (among other things) firing actors at table reads.

Normally I have a lot of sympathy for producers. But in this particular case I don't. Sure, typically the executives are blamed for everything -- somehow the creatives knew exactly what to do but these damn "suits" came in and wrecked it. Never do the executives have ideas that were any good, or make the movie/TV show marketable. No way. And to all that baloney I say "feh". The creatives make a lot of mistakes too. And they don't have to sell the thing to the actual customers (which are not the consumers.)

But firing actors after a table read? Gimme a break. That's not a problem with the actors. That's an issue with the director.

Well, now it's true that in TV there really aren't any directors. The "director" is more of a "camera direction caller".* Heck, in a lot of feature film that's true too. Which just goes to show you that as an actor you really are going to end up having to direct yourself in most film/TV situations.

Li'l Dawg Mutt test 7. This is with the Weber 10" 10A100 speaker. Open back cabinet. Compressed a we bit at the Apogee converter but otherwise left alone. Les Paul with both pickups wide open.

My screenplay, for you: First (ugly) Draft has been finished. Trustworthy hands and scribes are currently reading it over, tinkering with dialogue, and giving it the Snyder Test. Expect something (awesome) soon.

Nerd? This is rock guitar we're talking about. It's like saying someone's a nerd because they blog about hemi's and supercharged SS's.

Here's how you can tell the difference between nerd and cool: do you wear a leather jacket while doing it? Cars, motorcycles, guitar? Leather jackets. Therefore = cool. Computers, math, font design? Nerd.