We have an interesting dramatological situation which is playing out very nicely in our prep for the last day of principal photography on The Prometheus Trap.
Basically we have a Groundhog-Day-like movie where time keeps rolling back on itself.
And there's a man and a woman in the story and we've had a number of discussions about whether they were lovers, or they were lovers in some timelines and not others, or what-have-you. 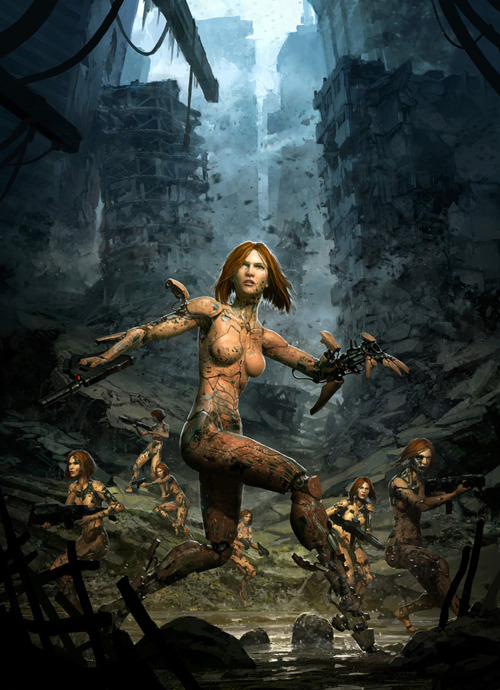 And interestingly, our editor Rebecca Kush, is also one of the leads, and a producer. So she's had a bit of time to go through footage in order to create the edit on the picture and come up with a punchlist of insert shots we need as well as a bit of dialog between the lovers/not-lovers/ex-lovers which informs a lot of the way we've been playing the movie and how it affects different timelines and the whole of the movie.
Funny thing about movies is that you can add a little bit of something to a movie and it changes all the performances. Which is, you know, kinda neat.
I really like it when things play out in an ensemble. Ensembles are fun. This movie certainly has a lead — a point-of-view character (the android played by Michael Shattner who essentially is Prometheus). But, you know, everybody has their own arc. And I'm being especially amused by how it's all working.
This is the fun part of making movies.
Via.
at 5/12/2012 09:51:00 PM