What to do about the Queen of Mars

Here's a post-mortem realization* I've had about my producing partner, The Queen of Mars. Her high-end skills on set include:
Now normally I'd be all like "pick one". But abusing her for three or four (or five) different job categories has a lot of benefits. One less mouth to feed. Great work by someone paying attention. That sort of thing.
So, as it's in our best interest to exploit the heck out of anybody we work with, we're going with the "oppress your partner" route. You see, it's all about "efficiency". Work harder, not smarter. I mean, unless you're me.

Lighting: we don't even have a proper lighting kit. We have a couple borrowed 300-watt units with no stands, some clip-lights (seriously), "chicklets" (Home Depot-bought square fluorescent lights which are totally uncontrollable but very soft), and a dozen or so 2-foot fluorescent fixtures. Oh and I think we have some tiny 100-watt "L-Lights" which actually work. Although maybe only one actually works.

We really need her on lighting. 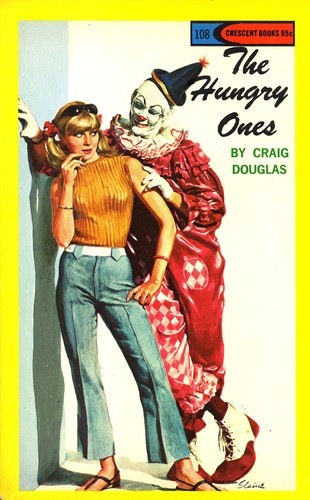 Actors' notes: now the thing is here that for better actor's notes is best that she be on sound. This is because performance is all in the voice. And when she's on sound she does a better job of notes (certainly better than anybody who's just looking at picture.)
So I feel we want her on sound. But that's a real pain in the tuchus. I'm beginning to rethink my "boom only" policy and consider throwing wireless lavs on all the actors and recording them to separate tracks.
Art and gore: Die Koenigin des Mars enjoys making a mess, and she's quite good at it. I think that as long as she's not responsible for dragging a boom pole all around she'd be much happier. And the set would run a bit smoother.

The answer:
So maybe we get everything we want dialog-wise by recording multi-channel wireless lavs? It'll make blocking and boom shadows easier. Of course, costumes will have to be rigged for mics because we just don't want to have to deal with cloth rubbing (the bane of my existence as a production sound guy). But it's not like we don't have those skills (or even that gear) available to us. Let's just do it that way going forward.

The picture is here to disturb you.

You forgot my most crucial skill: Wolf tee shirt wearing.