Edge Studio had a free library of voiceover scripts. You have to sign up to get access, but the signup seems somewhat harmless.

I read this groovy screenplay yesterday called Prison of the Damned. It's a very strong script. Dude in prison has to team up with a guard when a prison riot opens the gates to hell. Or, as we say in Jersey, "Thursday night". Ho ha!!

I'm not entirely sure what New Artists Alliance really is. They certainly have some nice cover art though. 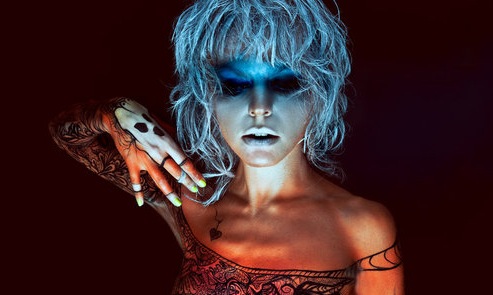 The following are boring (to you) notes. They're only of interest to me:
+++
why can't dragons go into the forest?
what happened to guns?
Voss/first officer
maybe Amelia realizes Gregor will double-cross them and that's why she ties him up? Actually, I think he tries to hold them at crossbow-point and Amelia and Miranda kick his butt and tie him up.
Gregor and the bartender should be the same person
Gregor is all alone at the inn. Nobody else is there. Man, I wish we still had 35 Hofer Court...
Amelia's goal has to be to get into the tower
Is Sebastian just a D&D dorkus who found himself on top of the food chain after the dragons came? Does he have any power?
The "Rabbit" nickname -- does the woodsman Ralph tell Sebastian that's what she called herself?
Joseph and the Captain are the same person -- Joseph works for Sebastian but has been looking for Amelia all this time under the guise of one of Sebastian's trusted soldiers.