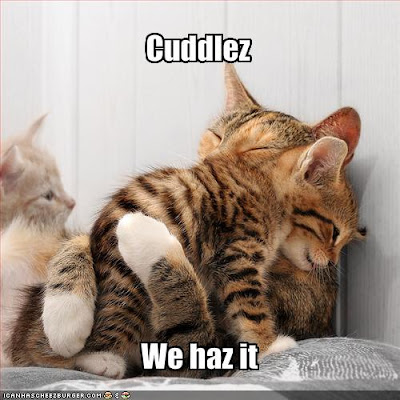 So this blog has had over 30,000 hits on it. I think half of those were from people looking for nude pictures of Milla Jovavitch. Have fun finding them!

Some days I really don't know how to mix. Mixing movies is weird because most broadcast standards insist that the levels never go above -12dB (fs) which is, well, 12 decibels lower than the computer says they can go. So you lose a bunch of signal-to-noise ratio.

So I have limiters on all 5 outputs of my surround mix situation.

At the same time the dialog should be "averaging" about -20dB. I have no idea how to actually measure that. It's silly. It's a standard called "dialnorm" which nobody can really define.

And then, because of our little edit suite being the way it is, I end up mixing on headphones. That part sucks. I've mixed a lot of things on headphones (when I used to do corporate broadcast work) and even if you could get used to it, it still sucks. You end up hearing too much detail and you just get a wrong wrong wrong idea of what things sound like. Plus, normally, the low-end is somewhere odd.

Furthermore, I mix in 5.0 but to the two speakers in headphones (I usually put the "center" channel on the left side of the 'phones) and then render out the 5 channels of the mix; only to bring those 5 tracks back into a new project and mix them down to stereo (I double the center channel so it appears 6 dB louder.)

At least the dialog is clear when I do that. But I wish I could get the hyperspace jump to sound better. I'm still working on it.

Other than that, we in the home stretch of Alien Uprising. The contracts and the incredible amount of paperwork (which is primarily so the distributor can cover his butt legally for the buyer) have been partially done, but there's plenty more to do.

As I've said before, this movie was the easiest of ours to shoot. Mostly because the script by Josh James was so good. Everyone knew in each scene what needed to be done -- we just had to point lights at them. Sure, that's a bit of hyperbole, but it sure felt that way.

Maduka's done some very nice and creative things in the edit. In fact, I'm looking over his shoulder right now and he's way over-thinking a transition. That's good, actually.

I figure that if our big problems are coming out of hyperspace, we're in fairly good shape to have the movie off to the lab by next week.

We have mixes for all four acts. We have an appropriate running time. I'm not really irritated with the movie. That's pretty much all we need.

Hey, what web short cost $25000 to shoot over 3 days? What on earth did they spend the money on? Not making it look good, that's for sure. They had 15 non-actors on set. Unfortunately, not one of those people was a painter. The idea is pretty good, and the performances are adequate. But you wanna see some flat white walls? We got 'em:


The Remnants from John August on Vimeo.

That being said, John August is writing the film version of The Preacher. If I weren't so deathly afraid of shooting another Western again I'd say we should do a mockbuster of it. (Those distributors, they hate them some Westerns.)
at 1/21/2009 10:03:00 PM

I'm with you on this one. I think it looks like an interesting show. I would defiantly have stuck with it had it continued. Then again.. Im a sucker for end of the world scenarios.. But really. 25 GRAND??? I was in utter shock when I heard that figure. Now wonder it died on its arse when he tried to get money.

he paid everyone, so I think he said that 17500 of that was salaries for everyone at 185 bucks a day, three days, I think?

Yes -- I got nuthin' 'gainst people getting paid. But paying two producers for three days? Really?

Yep, I agree. Very entertaining, but they could have made it for the cost of meals and just worked out points or back-end deals with everybody.