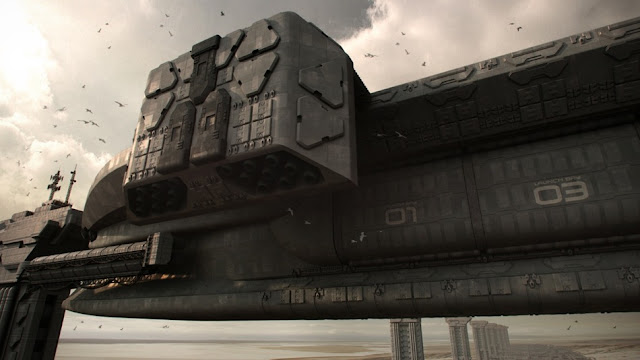 I'm making notes on different characters in The Prometheus Trap. Hmm... I wonder what Steven Niles, the writer, would think? ;-)
+++++
Looking at Rhodes. He's a great guy. You know that if you were in his platoon, Sgt. Rhodes would look after you. I think that's kind of his problem with Finn. He can't get that guy to feel at ease. And guys in Rhodes' unit always feel comfortable. There's always someone they can come to with their problems. There's always one guy who makes 'em feel like things are good no matter how deep in the hole they might be. And there's something clearly eating at Finn (he may be an android but that doesn't mean he doesn't have feelings.) It's your job to make sure your guys are all fit 'n pretty.

You have a lot of respect for your guys -- the enlisted. Not so much for officers, who are overpaid and mostly useless. Especially that idiot lieutenant you punched out in a bar off of Callisto. Which is why you're here, instead of being thrown in the brig they stuck you on the Venom with this rich girl -- Captain Haskin. She really ain't one of the guys -- she comes from some upper-class family where they send the middle kid into the Mobile Infantry. She has her own armor, not some Army hand-me-downs like everyone else. Worst of all is that she's actually competent. She's got a stick up her ass about a mile long but she can actually do the job of soldiering. So although it's amusing to razz on her because she did get her command on a silver spoon, she can actually do the job. There's no reason to tell her that though.
at 3/19/2012 07:40:00 PM