I'm not really one to second - guess the big studios in Hollywood. That's not true of the New York Times. I mean that both ways -- The Times will second-guess Hollywood and I'll second-guess the Times.

There's this article on John Carter of Mars and why it didn't do very well. And mostly the article is full of hoo-hah like this:

Mr. Stanton received a green light to proceed on “John Carter” in 2009 by Richard W. Cook, then Disney’s studio chairman. There were red flags from the beginning.

Mr. Stanton had never directed a live-action movie before. He wanted to cast no-name actors. And the screenplay, based on a story by Edgar Rice Burroughs that was serialized in 1912 and later published in book form as “A Princess of Mars,” was a bewildering mash-up, starting during the Civil War and moving to the Old West before leaping to a planet called Barsoom (Mars), home to tusked, four-armed creatures called Tharks.


"Never directed live action"? So what? That's what your 1st AD is for. "Casting no-name actors"? Been done on a whole bunch of huge movies. "Bewildering mash-up"? Oh come on, not any more than any of the movies already based on John Carter books which includes such lackluster performers as Star Wars and Avatar.

At the end of the article is this:

Mr. Stanton usually got his way. One area in which he exerted his influence was marketing, where he frequently rejected ideas from Ms. Carney and her team, according to people who worked on the film.

Ooh. Wait. Really?
That reminds me that William Martell pointed out this fan-made trailer that was better than what Disney was putting out for the movie.*

Oh my. Oh my indeed.
I am very cautious to second-guess my distributors. Marketing is a very specific and specialized skill. And every movie we make I learn a bit more about it. But I hope to always be working with marketing people who are better than me.
Every single trailer that we've had made for us is better than what I could have done. I can declare that as absolute fact.

So, uh, where was I? Oh, right, the Times buried the lede on that story. It shoulda been "Director thinks he knows more than studio's marketers about how to market a picture. Studio lets him get away with it." 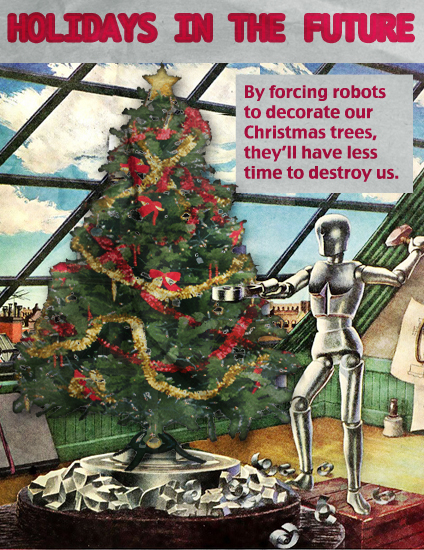