So you drop down into the Big Scary. The dark.
There's a bird down there, crashed out on some moon of some other moon of Jupiter. The piece of rock only has some number you don't even remember anymore --  R348? The bird was a troop transport. 16 guys on that thing but none of them been heard from in the 95 hours since she went down and they barely had enough air to make the brake around Jupiter in the first place so you ain't feeling too lucky.
And right now you have other concerns. The transponder on the little bird is calling its name not just to the brass up in Mission, but to Mister Skinny -- who likes to use lasers because they're quiet and fast and penetrate your armor like ice cream in July.
Surrounded by little robots who will take a bullet for you (if they have enough time after seeing one come for you), you rocket three short bursts, and then flip upside-down and do it two more times so your landing, while clumsy and inelegant, isn't deadly.
Radio silence. You know your buddy is on the other side of that crater but any chatter will put you under the languid gazing eye of Mr. Skinny and bring his radioactive wrath upon ye. So you stay quiet and make two more hops. Just two bunny hops that your suit lets to do, on your toes, without reaching escape velocity.
And there it is. A scar a half mile long. The engines evaporated their contents within microseconds of contact of the surface of this barren, airless hole of a planet. Probably half of the ship bounced right back up again at escape velocity speeds, only to fall toward Jupiter or crash into some moon, days, months, years from now. 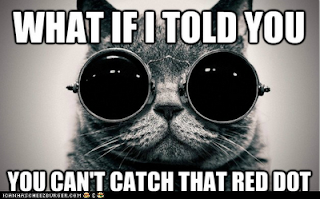 But the damn transmitter still works and is all augured in and your Geiger counter is screaming but your onboard computer tells you that you can handle the Rads for another 15 minutes so you better start digging.
And here you are, out in the middle of nowhere space, the highest - tech at your disposal and you have a freakin' shovel in your over-armored and pressurized and inverse-feedback-servoed gloves and you're digging. Digging a hole in this hard desiccated rock as fast as you can until you hear the clang of the metal through your own spacesuit and you open the hole even faster because you've only got two more minutes of exposure from the Rads left and what if Mister Skinny is watching? Maybe he's already sent a little warhead of his own just for you, with your name on it. He could have launched as soon as you landed and how would you know?
So you pull the bright yellow carton out of the bulkhead with your super-human strength -- tearing a breach in the bird and you see something you don't want to see and can't ever forget inside the ship where two guys had been sharing a single air mask until they both left their coil of mortality, curled up in their arms for heat while a dozen of their comrades already lay dead around them.
And your fear of Mister Skinny with his lasers and his guided satellites scares you even more (right then) so you hold onto that little yellow package for all its worth and you start your bunny hops -- as fast as you can go.
The horizon lights up. You don't look back. You're already a quarter of the way around the planet when the nuke goes off.
Mission will get here. They want that package. They want it bad. They'll send in a battalion of combat 'droids to pick you up they want it so much.
at 3/28/2012 11:39:00 PM