I'm re-mixing Earthkiller. Yeah, I'm adding some footsteps but a lot of what I'm doing is lowering the levels of, or eliminating, music. As the new studio is vastly quieter than Theatresource was it is admittedly easier to hear details in the mix which makes me do a better job on dialog too.
One thing I've discovered is that it's very hard to mix with a space helmet on. These are the kinds of things we learn as we get older. I'm not saying I don't mix with my space helmet on. I'm just saying it's more difficult. 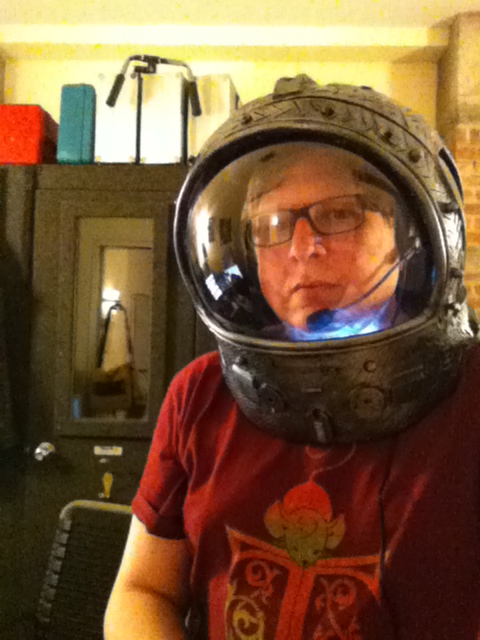 We also have some awesome robot "clicks" which are being uploaded.
I have to say I love the idea of Creative Commons. I mean, it's no skin off our backs to give away sound effects or computer models. That doesn't lose us any money. But it does make it easier for others (hopefully) to do more and better work. Certainly other people licensing their sound effects and models has made my life easier.
at 3/24/2012 06:26:00 PM