Peggy Archer complains about 14-hour-days and 6-day weeks.
I complain about them for different reasons.
If G&E is working a 14-hour day then the director and producers are working 18 hours. If G&E is doing 6-day weeks then the director and producers are doing 8-day weeks (you do the math).
Now, the exhaustion that happens is mostly felt to be physical -- dragging cable up and down hills and that sort of thing. But physical exhaustion is bad, mental exhaustion is dangerous. With G&E that means you can have accidents -- mis-patching feeder cable can actually kill you. With everyone else (especially in California) it means people are driving while tired -- and that can kill a lot of people.
But the strange thing (to me) is that there is simply zero advantage to the director and producers to working that hard. 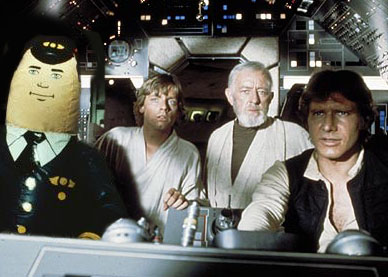 After about 8 hours you just stop thinking. For a lot of departments it doesn't really matter "bring sandbag over there, hold microphone over head, press big red button on camera". But for the director and producers not thinking clearly means bad decisions.*
So all that shooting you're doing after hour 10? It's junk. You could have done it four hours ago and then the stuff that you're going to be shooting later in the week will be that much better to.
I can't tell you how many shoots I've been on in New York where they go to do an 18-day shoot and they start losing locations so that by the end of the shoot the entire crew is literally standing around waiting for the director, the 1st AD, and the producers to go scout locations for us to pick up the rest of the shots. Scouting. While the entire crew waits in some park or something. Maybe I shouldn't use the word "literally" there because as a sound mixer I would surely be sitting down by that point. But you know what I mean.

So don't work long days. Long days will actually cost you time. I realize that every once in a while there's going to be a day where (say) the camera breaks at 10am and you have to wait for 4 hours to get a new one.

But as a rule, don't work long hours every single day. And take breaks. So say I. So say we all.

*Yes, we're all aware that many directors and producers are going to make stupid decisions long before getting to set when they're well-rested, but it gets worse when they're tired.
at 12/07/2011 04:36:00 PM