A wealthy scoundrel seduced and betrayed me.

Every once in a while I watch the movie Ronin just to remember how awesome it is. I love the way it's shot and I love the performances in it. And that's despite some kinda big flaws in the picture. I mean, wait, what's that about Russians and ice skating? That's really just to lead up to the literal and figurative (ahem) denouement -- I mean snipers and ballet dancers, what's there not to like?
The voiceover at the end -- the news reports -- they're pretty dumb. But you know you can't have everything. 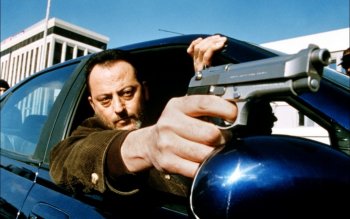 Man, every moment is played so well. And listening to the director's commentary I learned all about four-wheel-drift.
My big question is Jean Reno's character. If he's the last one standing, then he's the Ronin. I mean the whole point is that [look, if you're going to get "spoiled" by my talking about the ending then you've stumbled on this blog by accident] DeNiro is not a Ronin. Right? And what was his motivation for all of the last act? Why was he sticking with DeNiro in order to get that case?
It certainly seems like there's a story there. Jean Reno is clearly not ex-military. One would presume that a native French speaker hearing "rendezvous point" would know that's a military term in English.
It's terrifically well written. But it's the shots and the performances that blow me away the most.
at 12/23/2011 11:36:00 PM

I need to watch this again. It's been too long.

Went to see In Time last night at the $1 show. (Spoilers) It would have been much better with a Butch and Sundance or Bonnie and Clyde ending.

That movie sucks, man. Well written? Whaaaat? Don't make me go watch this again to tell you why it sucked, but it had a good car chase. That's it.

Really? You didn't like this movie? I think the character introductions, the dialog, how freaky Skarsgaard (sp?) is -- it all works for me.

I only remember that I hated the movie, it had a good car chase, and there was some ridiculous plan of Deniro's involving a coffee cup that the character apparently thought was INGENIOUS but struck me as pretty stupid.

I saw it way back when it came out, so I don't remember anything else. You're going to make me watch it again, aren't you? (maybe, if it's available on Netflix, but I ain't buying it)

I can see you not liking that scene. Sean Bean gets ambushed into a cup of coffee. The same cup that DeNiro used to test Skarsgaard's reflexes.