Over at John August there are some real numbers on the residuals for "Go".
I didn't really know which blog to put it on but I made a whole post on "synthestration" for film scores. 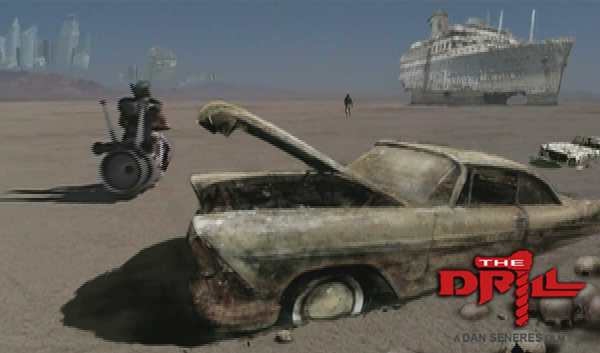 And Brian Schiavo says: "Hey, wouldn’t it be cool if our mutating heroine grows a giant bug arm and kills a hooker with it?"
This still is from a movie called, obviously, "The Drill". I can't figure out if the picture is complete, or if they're still in pre-pro or if they've gone to festivals or if it's a short or a feature. I wish they'd spent more time on the production dialog. But the mattes look pretty cool. (Via Joe Chapman.)
at 12/01/2011 08:48:00 PM

re: Sythestration. Got some funny I was gonna post on my blog and it's related to that. Weird. I'll go post it now.