As Far As I Know 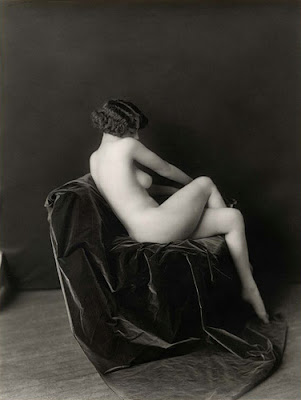 Rumor has it that there are some Blockbusters with up to 7 copies of Alien Uprising in them. That means there sure will be a glut of them when this run is done. That's good, because they'll be cheaper used. I don't actually own a single copy yet. It doesn't matter directly to us if rentals and sales of the movie are made 'cause we took our $10K buyout for like 13 years for North America and ran. We still own broadcast TV rights though. Still, the better it does the more distributors will look at our future pictures.
**************
Inglourious Basterds is, as far as I know, an historically accurate depiction of the events leading up to the end of the second world war.

Did that movie use a different filmic style for each reel? My feeling is that's what they were going for. I can't tell you how much it cheered me when we got to the David Bowie section*. You think that's a spoiler? Ha! Just wait 'till you see it.

It's vitally important to get a good evil Nazi scumbag in a movie like this. Christophe Waltz apparently has done a little acting in his life.

I'm looking for a piece of music used in the last game of the movie The Comebacks by Christopher Lennertz. I know, I know, but I want it and can't find it. Apparently (and this will surprise you) they didn't release a soundtrack album.