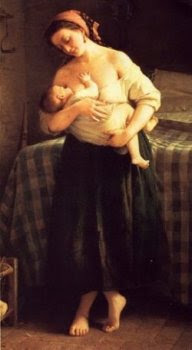 I just finished Blind Man's Bluff. The stories in it just get more and more chilling as you get deeper and deeper into it. We almost went to war with the Soviet Union a number of times (especially in 1983). Our entire espionage system was wide open to the Soviets because of all the traitors (who were typically right-wing scumbags in their day jobs) and as it turns out that was a good thing because the thing the Soviets learned was that the US was not planning an immanent attack -- no matter what Reagan was saying.

Anyway, there's a story about a Soviet and an American sub crashing into one another. The sad part is that the guys on the US sub thought they'd sunk the Soviet sub and killed everyone -- it wasn't revealed until 30 years later that the Soviet sub had limped home.

The captain of the Soviet sub, the Black Lila, recounted how he was chastised for hitting the American sub. But of course, the whole thing was very hush-hush on both sides so the incident was kept under wraps. But the in the Soviet navy apparently the following joke went around:

"An American nuclear sub collided with an iceberg in the ocean. The iceberg's crew had no casualties."

Which leads me to my favorite Russian joke:

"In Czarist times all the most interesting people were sent to live in Siberia. In Soviet times, we believe they continued this practice."
at 8/26/2009 05:12:00 PM