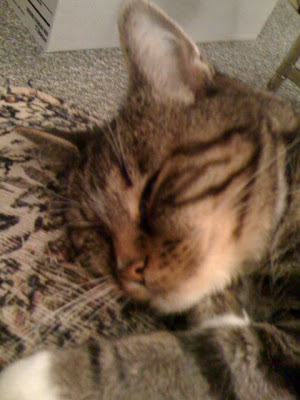 Our producer name redacted called Ray Cannella's office at SyFy this morning. Ray picked up the phone. They talked for over 30 minutes. Laura took copious notes about what they're looking for:

"Whenever people turn on the channel, they better not see people at a computer or driving down the street in a conversation. They better see people running, jumping, shooting, screaming, bleeding, or dying."

That just sounds like good advice for any movie, doesn't it? ;-)

Indie Film Chat is Bruce Frigeri's site with news and such about the indy film world.

Today am working on visual effects and sound mix on Clonehunter. Plus I'm working on the script to Sleeper Agent. I just need to bang out the new scene list.

CG Textures has a lot of free textures.

I've seen plenty of movies on Sci Fi/SyFy that were too talky. If they're getting away from that, good for them.

Y'all should type up Laura's notes and sell them as a secure PDF. I'd pay $5 to read them, and I bet a lot of other filmmakers would, too.

Five bucks? I think the decimal place is in the wrong place! ;-)