I have the creeping crud. Two of our editors have/had it. Our producer had it. And now me. Luckily, there's this handy article about helping you feel better when you have the crud. I'm following the instructions to the letter. 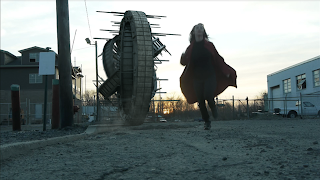 So I get three emergency emails from two different distributors demanding stuff they need RIGHT NOW in the way of stills and bits of movie. We're talking about doing 20 seconds of 3D rendering they need by tonight, a bunch of CG stills for another movie they need for artwork, and then an entire version of a movie with "For screening purposes only, not for sale" splattered across the middle of the frame. That last thing they only need by Saturday. So, whew, at least I don't have to get that out by midnight tonight.
Any doubts I'm having that I need a dual 6-core computer are being wiped away by these kinds of last minute "requests".

I mean, those doubts that aren't supersceded by the fact that such a computer is going to blow six grand. 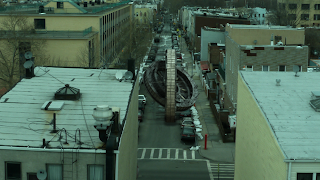 But when you have 3D rendering to do, there really isn't any choice. You gotta go with a fast machine. Or two. Or maybe a render farm. But a really fast machine probably has top priority.
You'd think with all these high-end demands on us we'd be getting paid. Getting paid something so I can have a staff.
Sigh. Eventually. 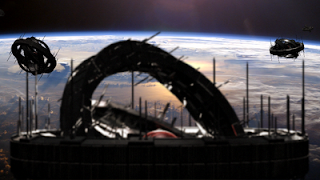 In the meantime I'd thought that maybe I'd push off part of Saturday's shoot to another date because I'm feeling under-the-weather. Instead what's going to happen is I'm going to sleep 18 hours tomorrow and I'm going to have a lot of alcohol on hand. I'm also going to be super nice to the set designer because he's under a lot of pressure.
at 5/05/2011 08:20:00 PM

Those stills of various robot-wheel things in action look EPIC.

And of course I just noticed that the first one there is... well it's broken apart. The middle section is somehow behind the wheel. Hmm... well in 3D animation sometimes that happens.

Yeah, Picasa suspended me a while ago. But this thing where you can't click through on a blog is new. And yeah, I was totally suspended for having a painting by Ingres projected over the heads of my band Prague Spring.
Anybody know anyone at Google who can un-suspend me?