Why Firefly Sucks... and so do you (Part II)

The only thing worse than someone who doesn't like Firefly is someone who writes deliberately provocative blog post titles. Those people are real jerks.

Now, I don't have to tell you that if you're afraid of spoilers to either the Firefly series or the movie Serenity you probably shouldn't be reading this blog, do I? 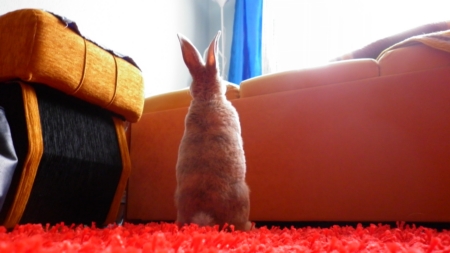 OK then. Why the hell did they kill Wash?

Yes. Joss Whedon killed Wash in Serenity. And everyone hates him for it. As well they should. But, I think, not for the reason they think they should.

And sure, I have a lot of half-baked ideas. And I'm going and blogging these half-baked ideas. But just because they're half-baked doesn't mean I'm wrong. So here we go. Now note that I actually saw Serenity before seeing any of Firefly. So I watched it without Firefly prejudice. And when they killed Wash I though: "Wait, they killed that dude? And they did it now?" It just seemed so wrong.

And ergo: I think they killed Wash in the wrong place. If he'd died closer to the end, or if he'd died a little afore that, it woulda "fit in" with our dramatic sense a big better. Instead, they waste his butt. And it's surprising.

Now there be those who don't want to be surprised that way. And there are those who think those kinds of turns against a few thousand years of narrative is sort of amusing for them. I ain't makin' no value judgments either way.

So, yeah, I'm a big fan of the series and of the movie, but I can totally see why someone would not be that into it.

It kind of reminds me of the time Mitchell Riggs told me that Macbeth wasn't a very good play. I remember thinking "I've heard of people like you, but I've never met one."

You see, for some people Macbeth doesn't work because we don't really see him as the "good" guy he was before the witches showed up in his life. Other people think Macbeth is one of the most important pieces of literature in English. You know, half of one and six dozen of the other.

So if people can have such diametrically opposed opinions on one of the pieces of the canon of English literature (well, drama at least) then surely we can disagree on a TV show.

I mean... except that Firefly is really really good.

Now on further thought about the detail of the narrative of the Firefly series, is another one of these weird things which might just throw the whole narrative for many people. The point of view, and indeed the hero of, the whole show is the Doctor: Simon.

I guess I have to watch FireFly now

Nah. I think killing Wash when he did was a brilliant move and Joss Whedon knew exactly what he was doing.

First, he destroyed the sense of calm you were feeling just at the end of the harrowing decent to the planet. Killing Wash mid-sentence is the most completely unexpected thing to see happen leaving you completely aghast and not knowing what to expect in these final moments.

Second, he created a real sense of jeopardy by setting you up to think that absolutely anybody could be next. Such that when the characters are getting their asses handed to them in the upcoming fight scene, you really, truly believe any one of them might be next.

Between those two things, Whedon creates a sense of heightened tension for the last ten/fifteen minutes of the movie that he couldn't have achieved better any other way. It leaves the viewer glued to the movie to see how it'll play out - especially for people who care about these characters. Talk about getting people invested in the experience.

I'm not averse to killing off characters. There are a lot of story reasons to do it. Maybe you want to show the power of the antagonist. Maybe it's a heroic sacrifice. For important characters, I usually prefer it to mean something to the surviving characters or their arc. Joss Whedon himself brought up a great point related to Buffy Season 7 that in wars (or great battles) people die. It's hard to be credible about how hard fought a war was when everybody on the hero's side made it through unscathed.

But what makes the death of Wash so brilliant is that it wasn't about story at all. It wasn't about how the other characters reacted in the face of it. Not really, anyway. It was about the viewers and putting them in the state of mind Whedon wanted them in for the final act of the movie. He was thinking like a director, knowing exactly how he wanted people to act and how we wanted them to feel and how to make it happen.

It's easy for writer/directors to keep thinking too internally - what's good for the story. It's just as important when making a movie to be considering the viewing experience and where you want your viewers to be mentally. That's why good directors are important. Luckily, Joss Whedon knows his shit. Which gives me a lot of hope for the Avengers.

BTW, reading over my comment, I want to make it clear, I'm not one of those Whedon worshippers. I loved the first three shows to various degrees but was lukewarm on Doll House and thought it was "meh" at best.

Allan: I manage to both agree with everything you say AND to understand why there are them what don't.
I completely dig why Wash had to die there and would even go so far as to say that killing him in the "wrong" place worked dramatically in exactly the way you describe.
But I also understand why someone might just be "rubbed wrong" by that death. Not just "waaaah I liked that character" but "hey, this isn't working for me."
That being said, I just couldn't get into Dollhouse either.

Dollhouse is hit and miss. Not surprisingly, the handful of episodes featuring Alan Tudyk are the best.