I'm simultaneously surprised by how much awesome fiction is written and by how much really terrible stuff is published.
By awesome I'm thinking about James Knapp (see contest here) and Jeff Somers. By awful I'm lookin' at you guys (Warhammer and Laura Hamilton).
Right now I'm reading The Hundred Thousand Kingdoms by Jemisin and it's just fantastically well-written. There are some things in the narrative that would normally make me scream with horror if they weren't handled so well writing-wise (like the first-person saying "I know this isn't a good way to tell a story but...") 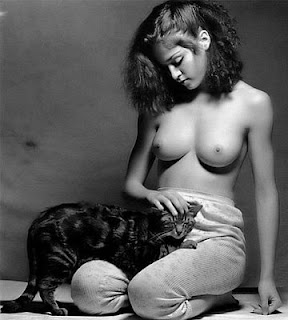 +++++
I'm at five minutes per frame. And still wondering what kind of computer I'm going to get. The truth of the matter is that 64-bits isn't going to help my audio life until Samplitude goes 64-bit (which it presumably will do in the next generation).
I do need a second Mac around here. The question is how much is making my renders go from five minutes/frame to (say) a minute-and-a-half/frame worth? Well, right now as I'm cashless, an infinity number of dollars I suppose. But I am seriously thinking about building that hackintosh.
The new iMacs are presumably coming out tomorrow, which might affect the pricing of Macs or Mac parts. I dunno.
+++++
After yesterday's shooting I went back to the office and stared at the computer for two hours before I could get up the gumption to drive home. I think I would actually be dead if Maduka hadn't taken over duties as second unit director (even though we only had one camera) in order to shoot a section of Juanita's death scene. Whew.
at 5/02/2011 05:29:00 PM