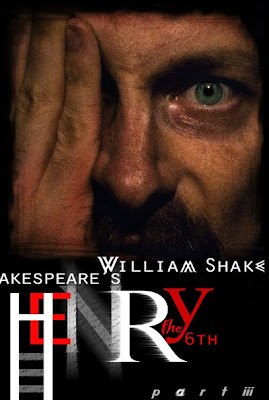 The Big News is that my Les Paul is being a pain in the tuchus. It's at 30th Street Guitars right now and they're doing a fret-crowning-and-polishing job on it to make the frets more better. OK, I'll admit, I don't really understand what they're doing. But it should make the high F# on the E1 string better and also the first four or five frets on the E6 string better and maybe better other places too.
Problem with Gibson is that they cut a LOT of corners when making their guitars. But a few hundred dollars later with a good luthier and you've got a decent guitar.
Ahem.
_____
Day 2
Now 'tis time to prepare ye for the DM&E's. This is, as far as I know, the thing which most filmmakers* hate the most. I have a scene where Tom Rowen is shaking paint cans to see if there are any worth huffing, while delivering dialog. So of course there's a can shake over a bit of his actual dialog.
Rather than ridding ourselves of the original dialog and having him ADR the take so that the dialog is clean, I've gone and found another of his can shakes -- from elsewhere in the take -- which has no dialog o'er it (neither his, anybody else, or the idiot director yelling while he shakes it.) So I'll just add this clean sound to his production dialog and then when we mute his dialog there's still the sound of the can being shook.
That's been the way I've preferred to deal with scrapes, scuffs, and such, during dialog. Anytime we shoot in my dad's shop (what has greasy and grimy concrete floors) I have a world of those kinds of sounds to deal with. Any my typical response is to make 'em louder.
And for some reason the pacing on this movie is easier than any of our previous pictures. For some reason I was able to get through my first swipe at dialog, music, and effects on (ten-minute long) reel 2 in only two and a half days.
There will be future cleanups and notes and such but that's pretty good.
_____
I had dinner the other night with Maduka, Greg Bodine, Nat Cassidy, and the Queen of Mars. All the sexiest people at Theatresource (plus me). Nat's all kingly in Hank 6 Part 3. And he's in a podcast 'bout it. Maduka just did a reading at 59 E 59th, which I totally missed. And Greg is collecting a lot of guns. A lot of guns. I don't know why...
_____
*Those that get distribution, at least.
at 6/28/2010 10:19:00 PM

Email ThisBlogThis!Share to TwitterShare to FacebookShare to Pinterest
Labels: 1002, guitar