On Otters, the Internet, and Not Sucking 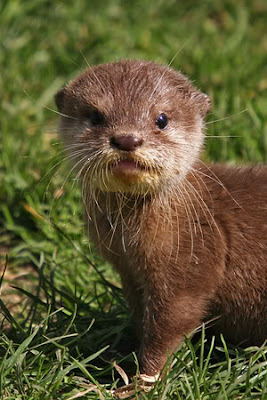 So the other day I'm sitting next to Reed Farrell Coleman, drunk out of my mind (mostly because I hate being in a room of people I don't know and a screwdriver and three cranberry-juice-and-vodkas always makes it easier on me), and we're talking about Internet publishing and what-have-you. I'd been thinking about all the stuff that our Man in Pulpitude, Bill Cunningham, has been saying about Internet publishing lately and Joe Konrath's interesting comments in his own blog and it occurs to me that I have a different angle, or view, in thinking about this subject.

I certainly do think that while it's perfectly possible to be your own Internet author and actually make enough money to stay alive, there are two things which are escaping attention.

It goes like this: Firstly yes, it is possible to make a living as an Internet author, starting with nothing (no previous fame or book contract). I think the reason we concentrate so much on whether it would be better to be properly published is because it always seemed that getting a publishing deal was the hard part of being a writer.

The first hard part of being a writer is being a good writer. It takes a lot a lot a lot of work to write well. You have to write and then you have to re-write 'till your brain bleeds and then you have to do it again. And you frequently have to work with editors -- people who can give good advice and make your work better. The best writers in the world have had excellent editors. Sure, maybe they didn't use the word "editor" when describing their relationship with their writer. The word most often used was... er... oh right, "wife". But anyway...

You have to be good. It's vastly easier to say "The world is impossible and I just can't get a writing contract" than it is to say "My first five books suck." And while the former statement might sometimes be true, the latter statement is almost invariably true.

But the second hard part of being a writer is that you have to not only be good, but write quickly. Luckily the practice you get when you go from being a writer that sucks to a writer who is good helps a great deal in making you a writer who can write quick-ish. And unless your first novel (that gets published) sells 40 million units, you're going to have to write again very very soon if you want to be able to make your rent. So learn to write quickly.

OK, so if you can sell 10 copies of a title per day, life is OK for you if you're a teacher or have some other job that pays benefits or something. But you need to make a living, right? What's a living? If you need $36,500 a year (which is a subject for another time, but that would be on the low side if you live in the NYC area) then you need to have 5 books available, all selling at the same time.

And those 5 books need to get some sort of attention and social media and blah-blah-blah but they also have to not suck. Have you seen the quality of the work out there? There are some amazing writers giving away novels. Novels which have clearly been written, re-written, written again, sent out for notes, re-written, checked, and written again. And all by people with a lot of experience writing, who worked very very hard on this book while at the same time they have a drawer full of novels they wrote and won't even publish.

And incidentally, I just finished Reed Farrel Coleman's "Walking the Perfect Square." And boy, it does not suck. It's exceptionally well-written, makes brilliant fun of the 1970's, and has a great and unlikely lead character: a smart, literate, but gimpy, former cop.
-----
Yep 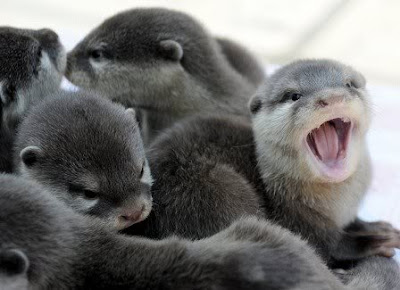 Yeah. People say it's hard to get people like Steven Spielberg to read your screenplay. It's really not - all you have to do is write the best screenplay the world has ever seen.

And how do you get better at writing?

Get the suck out of your writing as quickly as possible.

You won't sell your first novel or script, but if you're committed you might sell your 10th, then be able to go back and rework then sell some of the others.

Tarantino didn't sell TRUE ROMANCE until way after RESERVOIR DOGS and NATURAL BORN KILLERS were sold (to use as an example)even though it was written before either of those two scripts.

Exactly! It's like a positive-feedback loop. Write more to get better and get better so you can write more. ;-)

Number 1 is more important than number 2 ... It's very important not to suck, but it's surprising how many folks don't care whether the work sucks or not, or are just unaware ... to them, it's done and that means it's good ... it afflicts a lot of first time screenwriters who get to the end and figure, I did it, it's done ... nope, usually, it's just begun ... quality matters more than anything, and quality is a lot more than hitting beats on a sheet.

It's very important to get it right, more than anything.

Secondly, QT did sell TRUE ROMANCE first ... Natural Born Killers was optioned after, and he developed RESERVOIR DOGS at Sundance after, keeping it to shoot himself ... The other two movies got their heat when he made Reservoir, but True Romance was really the script that got him in the door, so to speak.

It's referenced in REBELS ON THE BACKLOT, by Sharon Waxman.

Ha! Fixed his name. I spent so much time trying to get Reed's name spelled right (originally I managed three spelling errors even though I only wrote his name out twice. Ahem.)

I'd agree that #1 is typically more important than #2. Until I have a distributor breathing down my neck because of pre-sales that is. Then I just need it done. ;-)