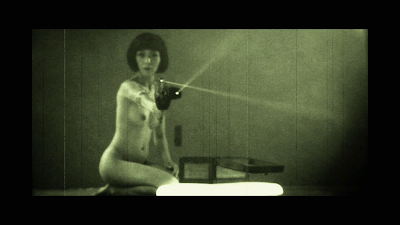 Welcome to the bulk renaming utility. It's a PC program, freeware, and your best friend when you've mis-named 550 of your favorite files to the wrong shot number.

Not that I anyone in my shop would have done such a thing.
__
Everyone keeps trying to turn me on to CS5. Yes, there are some super cool things about it. We'd have to do things with some plugins we have, I don't really want to be upgrading them to 64-bit. But eventually we'll have to. It's a bit scary to upgrade in the middle of a project but the fact is we're always in the middle of a project.
__
I've been getting 30 Rock episodes out of the library (that place is like communism -- does the government know about it?) The show is very well written. There are a shocking number of shots out of focus. Even more than Law & Order. I mean, we don't even have that many out-of-focus shots. (I mean, we don't without softening up all the shots immediately before and after the shot so it doesn't stand out.)
__
I'm using www.google.com/voice now because Spinvox (which I'd been using for years for free) has seemingly died. Of course, I hate the telephone anyway so I'll never be available if you call. Email, however, is a completely different story.
at 6/10/2010 03:11:00 PM