You make sergeant but you didn't sign up for this crap. Next stop is LT and then things get even worse. Some robot goes 20-questions with you and you're tired and get pissy with it and all of a sudden they rotate you back to a fetid hole called "New Philadelphia" two thousand AU's out from the nearest fighting.
Nearest fighting? Jimmy is everywhere, man. You hear rail guns cracking down the streets of NP every day. The MP's here see more combat than some of the rocks you've been on where the Skinnys were dug in deep and you had to dig 'em out with backhoes.
You can't sleep without knocking on your HUD to twilight you. You hear someone outside your door and you just know its a Skinny ghost coming to get what's his. Your own nervous system goes from zero to a hundred in less time than it takes you to blink. You're out of bed, crouched in the dark, a knife in your hand as long as your hand (this is why they don't let you take weapons back to a civilian town.) You blow through the door, figuring that they won't be ready for you to be outside the door, right? They're coming for you while you're in your bed, in some rathole downtown New Philadelphia hotel overlooking the cesspool of a river that has so much bacteria in it they don't even let humans within a hundred meters of the thing.
And as you spring through the door thinking you're going to take a count of how many there are, kill the one with the gun nearest you and then kill another one before kicking the third (fourth?) Skinny in the head, you find yourself lying on the floor with your knife at the throat of a deep emerald-green female (female? Right? Who can tell when they have their clothes on?) She's the maid, delivering towels to the wrong room.
And the MP's come and you mumble your apologies and they nod like they've heard this a thousand times before until one of them takes you aside and says that she'll drop the charges for an M-note and "that's just how things work around here" so you hand the MP some plastics from your wallet and he slips them to her and everybody goes home. 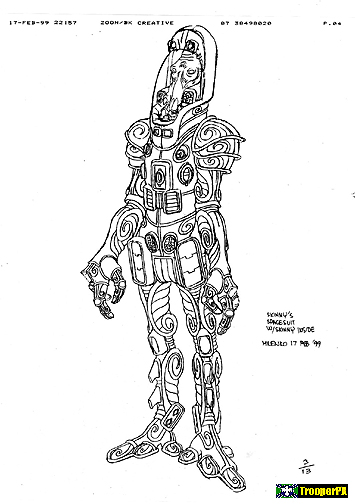 Two weeks later the bar downstairs at the hotel is blown apart just after 2am and they say it was one of the maids. Was it your maid? Did you have your knife at her throat? Would it have even mattered? Jimmy would have just sent somebody else to do the job. It doesn't matter -- out there or back in the NP. Nothing you do will win this, lose this, or draw it to a bloody tie so anybody can go home.
at 2/15/2012 06:44:00 PM