You've been sitting at the stainless steel desk in the only private bunk for Army on the whole God ship. You're Captain - O3 -- just because you outlived everyone else who came in with you. They're all black tar floating in 0g somewhere. Somewhere far away. You probably breathed the bulk of 'em in your lungs during the two week slow-transport in the triple-duce which pulled you offa that rock before the bombers came in and laid nutcracker missiles into that tiny, airless, .3g world you spent the last four months fighting on.
But none of that matters now does it. You don't even know your senior NCO's. One look at them and you see yourself what, six months ago?
Your brain doesn't work right, all the chips they put in it after that explosion from a dragon gun ripped through your helmet. Yeah, instead of becoming a vegetable they made you a hard case autodidact. You find yourself saying words like "autodidact" like it was the most natural thing in the world. Well you ain't in the world no more. And ain't nothin about you natural neither. 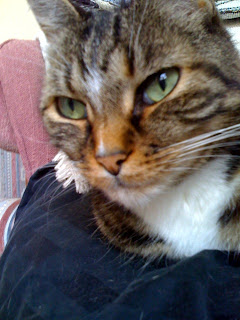 So you look at the plan, the attack formation for the next day. It doesn't make any sense at all but it's what the computer is telling you to do. You don't do what the 'puter says then you get a court martial. They don't terminate you ... no, that'd be "cruel and unusual". They just wipe your mind, man. You come back a blank. Same rank just no memories. You're more a computer than Mother who puts you to sleep with her twilights and soothing words that lull you to sleep.
As you step into the drop capsule your heart doesn't even skip a beat. You're gonna stay at a calm 60 right 'till the door opens and you're in the air, dumping chaff behind you, looking at a screen that shows you where all your boys are ("boys" -- half of 'em are women in their late 40's with new "sleeves" or bodies of 24-year-old athletes on a good day but with unbreakable titanium ceramic bones and energy reserves for days). Your boys are all good. The jump is clean. Until you take fire from the ground.
It's mostly harmless. The chaff is there to confuse them. But a couple of the green arrows on your display go red. There's two more minutes 'till your platoon is on the ground. No corpsman can get to the red-status in your airborne 'till they hit ground.
+++++
After mopup, Mother decides to bring you all back upstairs to her hold. A robot plays a game of charades with you to see how psyops might have messed with your brain. Jimmy learned that if they transmitted the sound of a baby crying it really got on our nerves, so we were blacked out except for the screaming sound of an infant for 3 days on that rock.
It's prescription time. Your medibot makes a quick consultation and sends you on your way with an injection of nanobots to keep you smooth with your new post-traumatic stress. They've assigned a cat to your room. It's still in its box so you let it out. Your chit card has rations for the animal who mostly sleeps on your bed. That's how they practice active psychiatry on firebase Io -- giving you a cat.
at 2/17/2012 10:48:00 PM