Make it clearer that the "bad" guys are from Earth. Make the decision to board the Prometheus a bigger deal.
How did Trent kill the other members of the crew?
How did Trent steer the ship off-course?
+++++
The new computer, Artemis, is fast. But it is loud as can be. It runs cool though. I suspect I can shut off the one fan which is so loud. I'll be finding out about that soon. 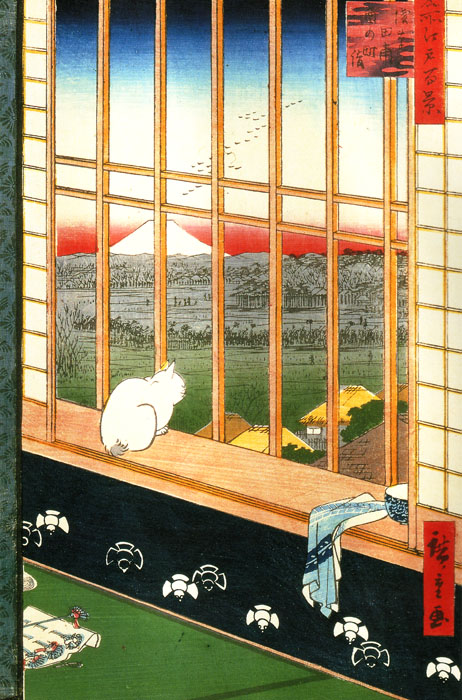 I'm dealing with notes on the mix of Day 2. A lot of these notes I remember from originally mixing it. And so many of the things I did were deliberate. This is a big lesson we've learned though. We're getting dinged on the English mix -- not the M&E's (which is where we expect to get flak). Right now I'm busy blaming Nat Cassidy. Because he sometimes opens his mouth like he's about to say something and the lab kicks that back as "there's no voice right there." Yeah.
I think one of the lessons here is that I need to mix at higher volumes. By that I mean my monitors have to be set louder. This can be confusing to them what don't do audio but the standard in motion pictures is that -20dB on your meters should be 85dB SPL in the room. It's a tad more complicated than that but what that means is that you're mixing to a standard level of loudness. Now, TV mixers sometimes use -20dB as 72dB SPL in the room. The effect of this is that the mix itself is usually made louder -- with louder dialog -- because your monitors have been turned down a bit.
And I'll go ahead and admit that sometimes (most of the time) I mix with an even lower calibration than that. And the effect of this tends to be that my dialog, effects, and music levels are slammed into the limiters. And (except for dialog) that's never a good thing.
+++++
It's funny how my dad, in a completely different business, has many of the same problems we do. The other day he said to me "Oh yeah, I know the feeling of having to go back and do work over again that we thought we'd finished." Yup. That's construction.
And honestly a lot of the way we do things is based on how my dad does things. We prefer punch lists in order to make notes (I suspect that elsewhere in the movie business it's called "spotting" even when it's a QC list of stuff the lab rejects.) We use job numbers. And we struggle with scheduling.
+++++
Today, just in order to irritate David Ian Lee, I whispered two lines of his dialog in the mix of Day 2. Because for whatever reason those lines were missing. And he will be irked! ;-)
at 2/22/2012 09:05:00 PM

I'd STRONGLY suggest not turning off any fans in the computer. #1 cause of hard drive failure is heat. If you need the room to be quiet, put your computer into sleep mode, which will shut the fans off(or turn it off if it doesn't have sleep)

Unless you enjoy hard disk recovery, and the thousands of dollars involved. :)

That's interesting. 'Cause I went to so much trouble to get a liquid-cooled computer, I figured it'd be quiet.
The only drive inside the machine is the system drive. I use iDrive to keep my projects backed up (I recommend them).
Maybe I just need a quieter fan?

Seconding what Kangas said, I7 CPUs are heat sensitive as well, the fans are noisy because they are moving a lot of hot air, more hot air than twenty movie producers in one room talking. ;)

Actually there are a few solutions to Trent. Matter of fact why have the two cargo crew in hibernation? She might not of killed them, but tripped a security protocol that put all the cryo-tubes into lifeboats and ejected them, which would explain the no crew onboard but then that requires a dialogue change to surprise to see two humans onboard and then you have to change a few things around. Simple logical progessions.

How did the shoot sunday go?

The CPU has a liquid cooler on it, which is kinda sweet. I think that Kangas' point about the drive is something to consider. Still (as you can see from the post above) I'm trying for a quieter fan as well as letting the computer regulate the fans.
The computer is the coolest machine we have now.
I was hoping to find a couple corpses in Cryo. Just because that would amuse me. Or maybe because I was thinking about the original Planet of the Apes when he looks into the dead (female) astronaut's freezing tube. That scared the crap outta me when I was little.
No shooting on Sunday. Actors. Feh. So we've come up with another solution!

Another solution? Yeah, I too have considered going all claymation, but I'm not sure it will work out. Let me know if it does!

Oh man, if I could just do claymation all day long it'd be so awesome.