The reason our Prometheus movie is so much better than Ridley Scott's is that Steven Niles actually based the script on the myth of Prometheus. Yes. That's why. 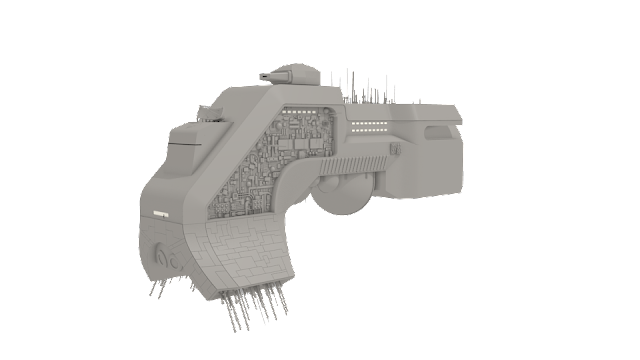 Here's Dolf's announcement on the Blender forums about building the ship. Note that the above model isn't even the latest version of the model.
+++++
We need freezing tubes. The script has them as standing tubes. I have no easy way to do this.
One thing I was thinking was that we make a rectangular frame and then cover it in plastic sheeting. That way you'd use a pocket knife to cut them out like the astronauts in suspended animation are in a chrysalis.
Or we could go even further and the suspended animation chamber is like mummification -- the astronauts are wrapped inside plastic and have to be cut out, almost "birthed".
Both of these ideas would be relatively easy to shoot. I think photographically it would be nicer to have a couple frames with plastic stretched over the front of them just because we'd be able to see inside easier.
at 2/13/2012 05:17:00 PM

Or you can make them like cabinets where they are rolled out and are stacked like those japanese Capsule beds.

But that sounds like a lot more building to me. ;-)

Just throwing it out there to spawn an idea.

You've helped me with the sound on my animation project. Thought I'd give you ideas that might inspire a solution. ;)