Bring On The Noize

So, I got some masters kicked back from QC at me recently. My biggest fear is getting masters kicked back at me because the Music & Effects tracks don't sound exactly like the English Dialog Mix. So I go to a lot of trouble to make sure they sound identical (with the exception of the actual English dialog of course.)
But these masters weren't kicked back because the English and the M&E's sounded different. They just didn't like the way the mix sounded.

Let's go back a bit. The picture is a post-apocalypse picture. And we shot it in one of the noisiest cities in North America. That is, of course, New York. What this means is that something approaching 100% of the original dialog is unusable. There's just about nothing you can do about that. It doesn't matter how you mic the actors or how long you wait for the damned fire trucks five blocks away to turn off their sirens, the city is simply noisy. You're not going to get post-apocalypse silence in your tracks.
Let's back up for a minute. It's standard operating procedure on big-budget pictures for the composer to write score for the entire picture, the Foley artist to create sound effects for the entire picture, and the sound department to cut sound effects for the entire picture. From start to end, "spotting" the picture be damned! Everybody does 100% of the picture and on the mix stage they decide if/when they're going to use Foley, sound effects, and/or music.
Now at some point the idiot director decided that he just wanted to hear wind and music when we're outside. That director has been shot sedated. Oh wait. It was me. So yeah, "sedated".
So there are big swaths of the picture where the lead is walking around abandoned Gowanus and there's just music on the sound track. No footsteps.

Well that was a mistake.

"Oops", as it turns out, doesn't really cut it with distributors. "Fix it" is usually the response. That's what I'm doing now. Y'know, because I don't have anything better to be doing -- what with completing post-production on one movie and going into pre-pro on another and going into production on yet another. Sheesh.
Well. Lesson learned.
We don't have to do the movie 100%. But buyers will be annoyed if we don't do the standard job of Foley for most footsteps and suchly.

And seriously, I need a little Foley-stepping thing for our recording studio. You know -- a little box with different surfaces to walk on? Aw heck, that'll never happen -- we'll just go out into the hallway on weekends with our portable recorder.

This is a good time for me to plug Freesound.org again. They seriously have the most usable Foley effects of any library. The thing with Foley -- sometimes you don't want it to sound too good. It's gotta be a bit band-limited, with a bit of distance to it, just so it'll fit in with the dialog tracks.

I also need a Cedar DNS. Need. Not want. 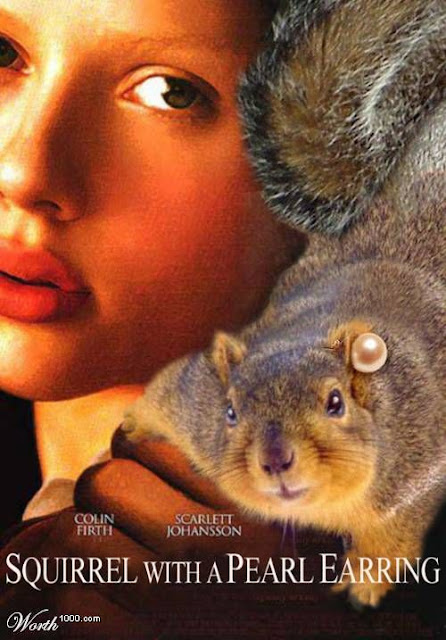