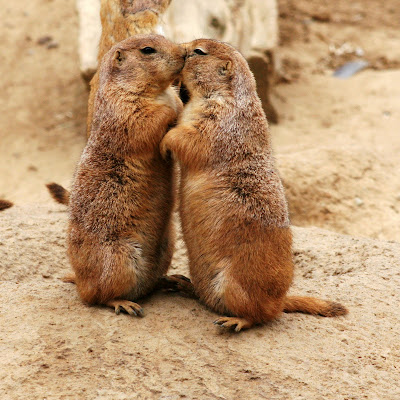 So I finished the polish of Earthkiller. I need to add two more bits of dialog before I call it done though.

I've sort of given up on Final Draft. I've been working in Celtx now, mostly because I end up working on so many different computers and if someone wants to do a re-write it's vastly easier for them to get the open-source Celtx than Final Draft (in whatever version of whatever operating system on whatever computer they may be using.) But Celtx does have some scary issues where it sometimes pretends it can't open a saved file. So far I've been able to close Celtx and open it back up and retrieve the file, but it is a tad frightening.

But nobody actually imports Final Draft into scheduling software do they? I mean, not without significantly massaging the data. I haven't worked with outside AD's in a couple years now but back in '07 nobody could print call sheets from any scheduling software -- they just typed them up in Excel. And you certainly can't use the script to schedule automatically because the script is usually a lousy indicator of who is actually in the damn scene.

If you have a series of scenes cutting back-and-forth between, say, the heroine breaking into the glue factory with her alien android while the hero is tied up in the bad guy's office between the two goons (one of whom is the hero's best friend from elementary school) listening to the bad guy tell him how the world will be destroyed; you won't see the goons or the android in the schedule for most of those scenes. This is because only if someone talks do they get listed as being in the scene. So I don't know how anyone else does it but I just go through the screenplay page-by-page to see who is actually in which scene and put it in the schedule.

Email ThisBlogThis!Share to TwitterShare to FacebookShare to Pinterest
Labels: 0801, Save the Cat

Stu don't know shit in this case.(in the case of cameras and After Effects, he knows MUCH more than I do)

He ignores Moviemagic because of a screen shot? Man, that's research for you.

Movie Magic's screenwriter is Final Draft, but with the ability to export all of the items for use in Movie Magic Budgeting/Scheduling.

Once you've tagged the items in your screenplay you just export them, and in minutes you'll have a strip board and reports. It's amazing.

(And I used Final Draft for 3 years, so unlike Stu, I can speak from experience on both)

But when you import into Movie Magic scheduling it still doesn't bring in everything, you still have to manually add characters/props etc.

And, AFAIK, pro AD's still don't use MM's call-sheet. They create call sheets by hand in Excel. At least I haven't heard a 2nd AD say they can do the actual call sheets in MM. Maybe that's changed or maybe I've only worked with AD's who couldn't do it but they've worked for some heavy-duty shows.

What I mean is that I'm assuming everything I'm saying is correct. Personally, I ain't touched MM in many years.

No, you Tag all elements in Movie Magic, then bring it into Scheduling and it's all still tagged there. Make things every easy to do.

And what are we talking about Pro ADs for? If you can afford one of them, this is all a moot point, isn't it? :)

So you can tell MM who all is in a scene -- even if they don't have dialog -- and that goes into the scheduler?

I'm just sayin' that if pro's don't do it, I ain't gonna do it. I got my blank call sheet and I'm just gonna fill it in by hand anyway...

Once you tag a character as a character, as long as you haven't mispelled his name in any scene, it will tag him everywhere.

Yeah, you take all that time to hand do it! I'm sure you're still adding up your budget with an abacus.
:)

But you still have to add the character to the scene -- if they have no lines they have to be inserted as a "tag", right?

We don't have budgets so we don't need the abacus....

You TAG the character as a CAST MEMBER globally, and it will go through the entire script and tag that person(in the ACTION sections, so they don't need to talk to be considered IN a scene).

You're thinking of Final Draft--when that prints reports it only lists people in a scene if they talk. (which caused me problems on one film...)

And my budget is two lines:
Cocaine
Hookers

Everybody else is deferred.

Our drug dealers and hookers work for points off the back end. Chinese food? That you gotta pay for in CASH...