Project London releasing their beautiful models into Creative Commons is a huge thing for indy sci-fi filmmakers.
It's big. You can make movies with their CG models -- change the colors, even make structural changes.
We needed a secondary robot for Android Insurrection and Ian suggested using his Arizona model.
The robot we need is about human-sized. And the Arizona is over 20 feet tall. So I took off its head to make it scalable as a smaller robot. 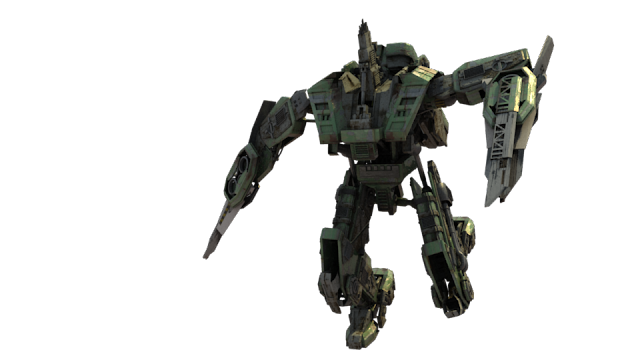