Yup. You were told that.


It sure looks that way on the face of it.


Well, I'm having trouble imagining how it could be otherwise.


Faeries? I don't know. Perhaps there's a band of magical elves living under the stairs.


Hmm... Yes. That may have been the thinking. Nobody would have helped clean out deep storage if we knew we were going to close. And no other part of the theater is really a mess, and it might help the landlord if he wants to rent to another theater company.


Well, nobody who actually, you know, works in theater.


Because then the people who work in theater would be able to show up.


I've been surprised before. So... maybe. I doubt any more than half of them will show though.


Yeah. For a theater that's not really a lot of money.


Yup. Sure did. Of course, at $4000 a piece we could make up the gap by adding five new members to the Board.


Do you think it could be worse than the Board that actually closed the theater? 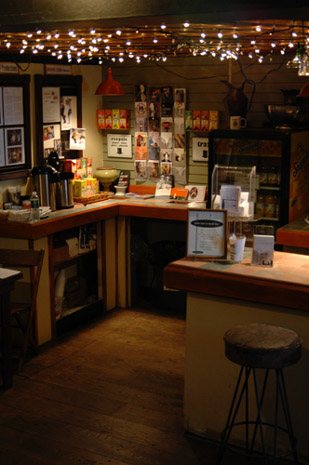 Saving the theatre: that would be awesome.

Says some stranger on the Internet.

I found this site via Pandora Machine, after watching Alien Uprising (free on YouTube). I can only hope that, as the wiki states, you are able to keep practicing your craft. The Source IS the space! (Or at least, the people in it.)

Well welcome! And if you wanna start a theater in New York, call up our landlord! ;-)