No, C'mon, Tell Me How You Really Feel

It says a lot for the quality of the structure of Theatresource that it took so long to destroy.
Yeah, it does. But this Board is motivated to destroy it.
Explain to me why the Board of Theatresource is closing the theater?
Well in their own words it just became too hard for them to book the theater.
Really? Is it actually that hard?
They went and spoke to as many as (and I'm being generous here) three theater companies who Theatresource used to work with. And those companies either said "We only want to work in 99-seat spaces" or "we'll only do it if we can use the Development Series Contract" or "no."
Uh. So three companies...
And that was it. Work is hard.
Well who coulda guessed that after years of being hostile to volunteers the whole place didn't turn around in two months and we'd be booked solid through the new year?
We actually did have bookings -- up through April. Which was better than two years ago.
So. This Board has been actively not paying attention for a while.
This Board and Jennifer Thatcher, the Managing Director.
Surely there was more due diligence by the Board did before deciding to close the doors.
Well, I guess that we can count the Board's whining that people didn't give enough the last time the Board cried for help, and that people didn't just, you know, intuit that Theatresource needed a lot more money.
What a load of bad energy they are.
It's quite sad. And completely avoidable. If, for instance, this Board had decided to resign rather than destroy the place, the theater would still be going.
Who is on this Board?
Courtney Birnbaum - Andrew Frank - Eric Laufer - Matt Quint - Melissa Riker - Doug Silver
And they destroyed Theatresource.
Yup. It took them to destroy it.
But there was a two-year warning that the theater's funding model was going to cause this problem?
You're talking about my February 2010 post about the cash flow at Theatresource.
Yeah. So, er, how does that all work out?
Well, we were cash - flow poor at the time and then as far as I can tell they used Board member Eric Laufer to pour money into the organization rather than grooming new theater companies and writing grants. This is something of the way of conjecture on my part. But... probably what and how it all went down.
So when Eric stopped pouring money into the long run of Greenwich Village Follies...?
Jennifer Thatcher suddenly realized they were out of cash.
And in the meantime the organization hadn't been bringing in new companies or focusing on writing grants or anything.
We were overtly hostile to other theater companies and nobody was working on grants.
And we weren't going to milk Eric Laufer for cash anymore?
That's the way it reads to me at least. But he's not interested in filling the money - hole, and we can't get anybody else to donate because they (shockingly) don't believe in this Board of Directors.
Can't we overthrow the Board and then correct all the mistakes?
Theoretically possible but unlikely. You'd have to get enough Board members to constitute a quorum, and have a majority of them vote to create members which could then vote in a new Board.
But with 100% of this Board voting to close the theater that's not likely to happen.
Not likely.
Is there a plan B?
Plan B was to get a hold of the landlord, get together a dormant 501(c)3, and rent the space.
How'd that go? 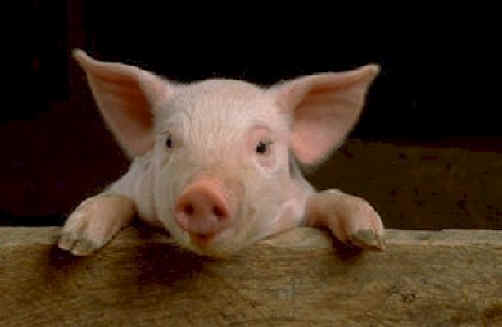 At first the landlord said he was "definitely" willing to rent and then a few days later he told me that he wasn't renting it now but would contact me when he was willing to rent. Landlords, counter-intuitively, don't always want to make money. He does seem to want to be able to sell and deliver the building with the Theatresource space empty to buyers, but there are several issues for buyers. It's a long story, do you really want to hear it?
No. Not really. So, what's plan C?
C1 is: find a brand-new space somewhere. C2 is wait for the landlord to get bored with having his space unrented and start to rent it. C3 is work with other theaters instead.
But that whole thing where we had that groovy space and all that great energy...
Yup, they destroyed that all back at the coup.
at 11/29/2011 08:14:00 PM